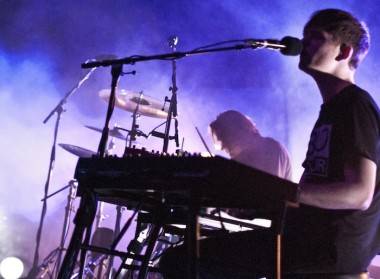 Caveman, CavemanÂ – When they weren’t cheering on the Knicks, this Brooklyn band of seasoned musicians put out on one of the most arresting albums of the year. Their sophomore effort boasts a seamless, ethereal collection of rustic yet new wave-sounding tracks.

Washed Out, ParacosmÂ – Ernest Greene released this dream-synth beaut in August, and it’s been keeping fans warm and comfortable all winter. Essential tracks include “Great Escape” and “Weightless”.

Dick Diver,Â Calendar DaysÂ – The Melbourne band has truly hit their stride with this record, maturing in both lyrical content and instrumentation. Get hooked on the jangley guitar numbers “Water Damage” and “Alice”.

Pure X, Crawling up the StairsÂ – Every year I am more impressed with these psych-gaze Austinites. Raw and experimental, this is a thoughtful progression from their debut LP Pleasure.

Wampire, CuriosityÂ – Ridiculous bloodsucking name aside, the Portland band is all business in their debut LP. Curiosity is a solid permutation of psychedelia and DIY garage.

Pure Bathing Culture,Â Moon TidesÂ – A beautiful, nostalgic nod to ‘70s blues and soft rock, fleshed out by contemporaneous genres like dream pop and witch house. Float away to the whimsical tracks “Scotty” and “Twins”.