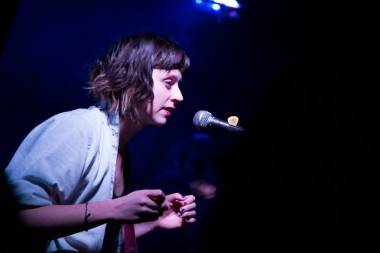 The band began as a home-recording and songwriting project for Katie Crutchfield. The Waxahatchee debut, American Weekend, was named one of the best albums of 2012 by Dusted magazine.

Swearin’, featuring Crutchfield’s sister Allison, opened the Vancouver show, which is the second of a post-Europe West Coast tour.