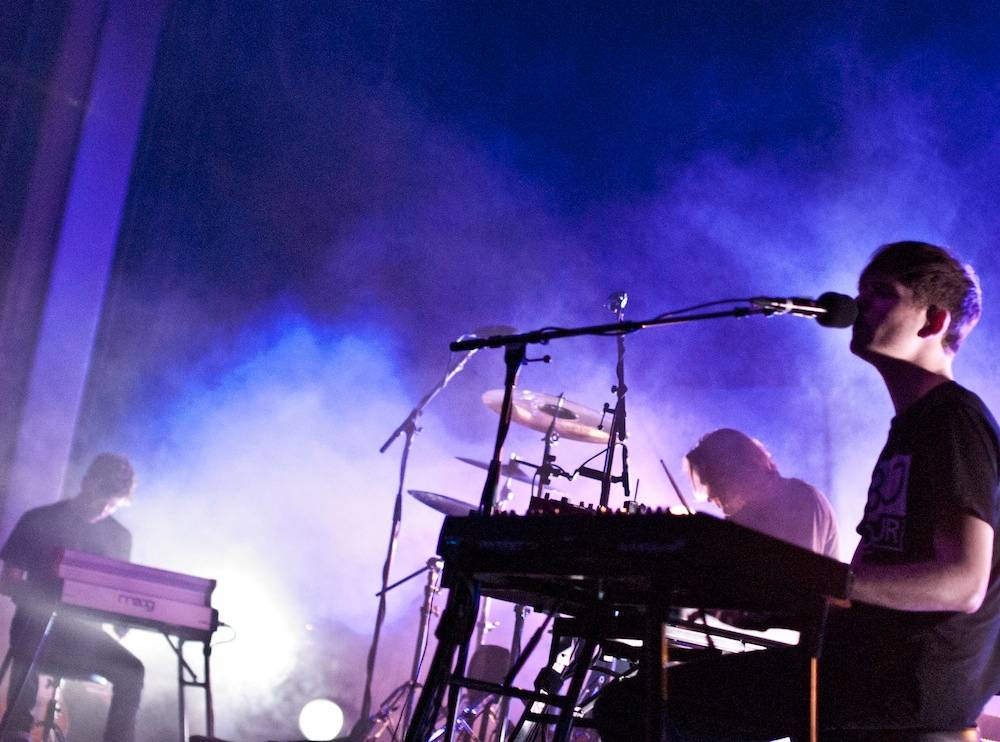 Based out of LA, Chung has built an impressive reputation as a DJ and a producer, championed by artists like Kendrick Lamar and Kid Cudi. Interlacing airy female vocals and trip-hop dance beats with a MacBook Pro and MIDI controller, he revamped popular tracks from artists including Twin Sister and The xxÂ and managed to keep the crowd completely entranced.

At exactly 10:30, James Blake settled himself behind his three keyboardsÂ and immediately captivated the room with the haunting vocal layering of “I Never Learnt to Share”. His polite interjections between songs and easygoing presence only scratched the surface of his magnetism. His voice was lush, pristine, controlled – completely loyal to his recordings. Accompanying drummer Ben Assiter and guitarist/sampler Rob McAndrews added magnitude and density to Blake’s trademark R&B sound.