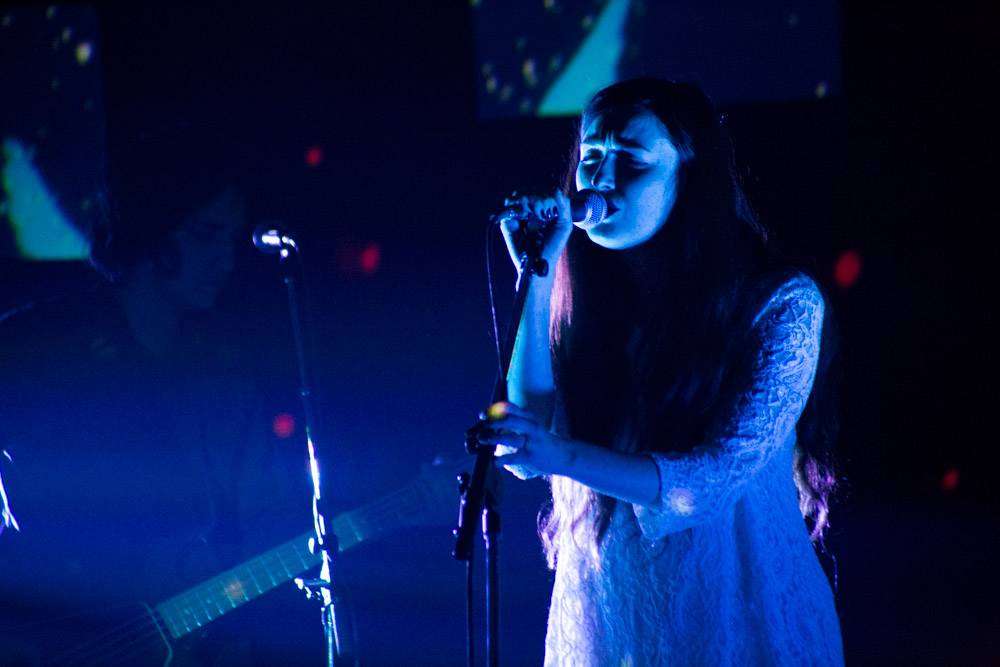 Cults on tour for their second album, Static. Madeline Follin and Brian Oblivion formed the groupÂ in New York in 2010Â andÂ released their acclaimed self-titled debut in 2011.

Currently out on a headline tour of North America, the duoÂ has expanded to a four-piece. Openers at the Vancouver show included Sacco and Mood Rings.

In early 2014, the groupÂ will joinÂ The Pixies as support for East Coast dates.