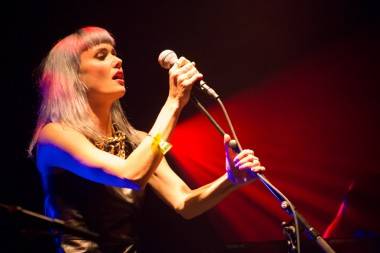 The Broolyn-based Danish singer-songwriter/producer (and former ballerina) is on tour for her third album, Wish Bone. The album was produced by TV On the Radio‘s David Sitek.

The last time Oh Land played Vancouver, she opened for Sia at the Commodore BallroomÂ in 2011.