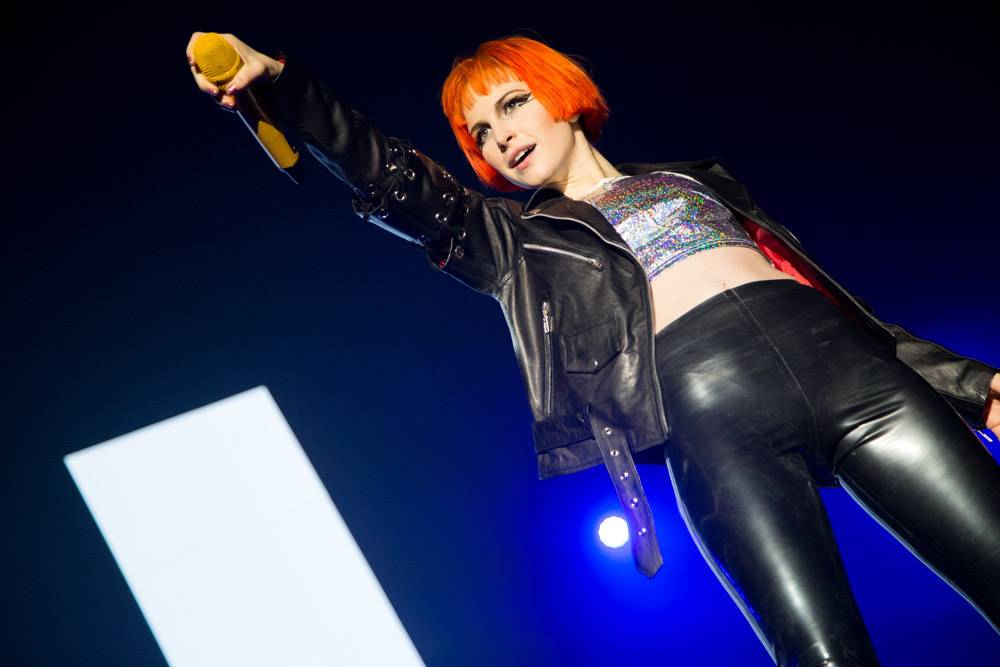 Paramore in Vancouver on their Self-Titled Tour Oct 16 2013.

Fronted by Hayley Williams, the Tennessee group is touring in support of its 2013 self-titled album. Opening songs included that record’s “In My Car”. The band also performed “Livin’ in the Real World” with a choir.

Prior to the show, The Snipe‘s Ria Nevada interviewed the band’s Jeremy Davis and Taylor York. Read the interview here.

You can also see photos of Paramore opening for No Doubt at GM Place in Vancouver in 2009 here.

One response to “Paramore at the PNE Forum”