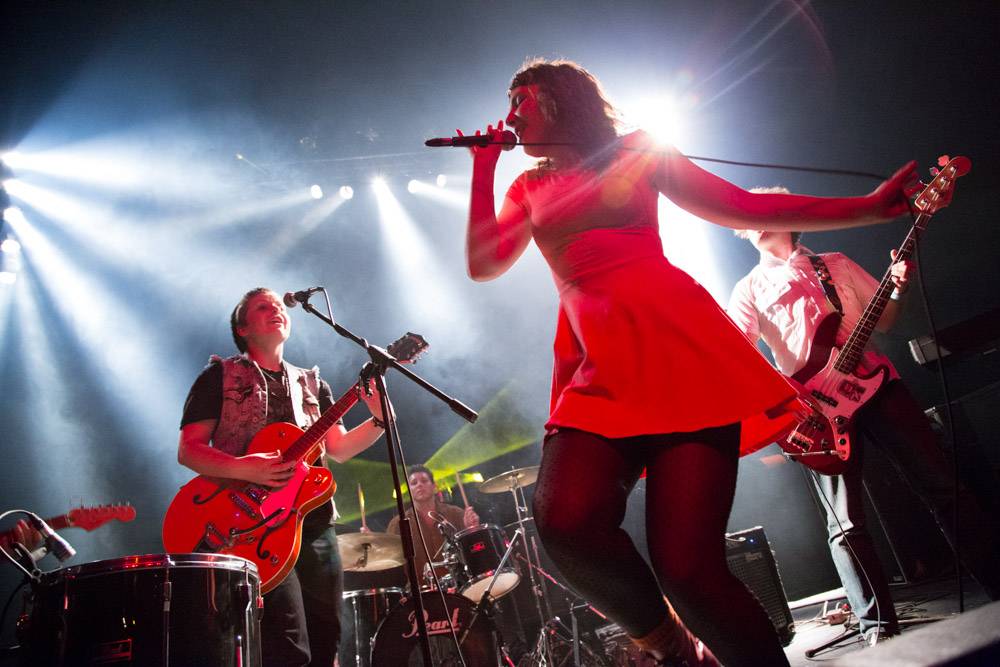 Photos – The Oh Wells at the Rickshaw Theatre, Vancouver, June 14 2013

The band is fronted by singer Sarah Jickling.

Their next scheduled gig is this coming Wednesday, June 19, at the Portside Pub. Along with The Valuables, the group will play an event, the Women and Whiskey 101 Beer Tasting for Women, at the Gastown watering hole.

From some photos posted on The Oh Wells website, it appears the band has been in the recording studio. Their bio states a new album, a follow-up to their first EP, will be released later this year.

3 responses to “The Oh Wells at the Rickshaw Theatre”