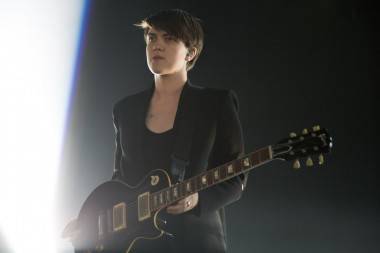 The UK band consists of bassist/vocalist Oliver Sim, guitarist/vocalist Romy Madley-Croft and producer/percussionist Jamie Smith. The band played Vancouver last in the fall of 2012,Â at the Vogue Theatre.

Asked if he feels “The xx is part of a musical moment in time by being included on the Gatsby soundtrack” by the Vancouver Sun’s Francois Marchand, Smith said,Â “I hope not. I like most of the artists that are on the soundtrack and we’re so happy to be on it. But I hope we don’t become one of those bands that people remember as ‘of this era.’ I want to keep going.