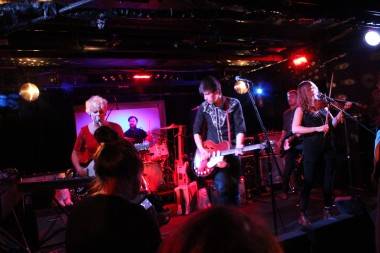 The Regina band is currently on tour for its third album, 2012’s The Poet’s Dead. Songs include “Prairie Girl”, which has gotten the band some attention. Band members take turns on lead vocals, with Erin Passmore, who also plays drums and keyboards, singing “Prairie Girl” while guitarist Marshall Burns sings … Violinist/keyboardist Kristina Hedlund also sings lead on a couple of songs.