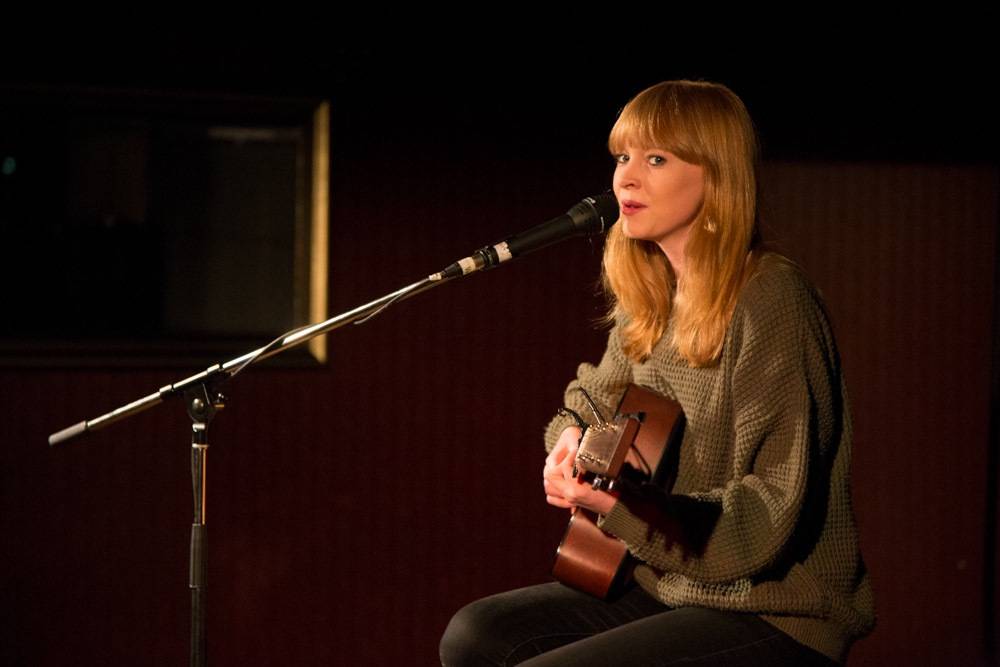 The English singer/songwriter, recently signed to Columbia Records, has been collecting YouTube hits, radio plays and press accolades since last year. She now sells out 500-capacity venues with ease.Â Her biggest videos have clocked up over 800,000 views and on average, her sessions and videos are receiving 250,000 views each.

Rose has been featured in Sunday Times, NME, Daily Mirror, Music Week and more thanks to her songs “Middle of the Bed”, “Scar” and “Red Face”. She released her debut album, Like I Used To, in 2012.

“So simple she makes Adele look try-hard.” – The Daily Star

“Each song is a confessional of her most tightly clasped secrets.” – The Fly

“A voice that could melt the stoniest of hearts.” – Q Magazine

“One of the country’s most promising new voices.” – Sunday Times (Culture)

“Kicking up a storm in her own right.” – NME

More photos of Lucy Rose at the Media Club, Vancouver: