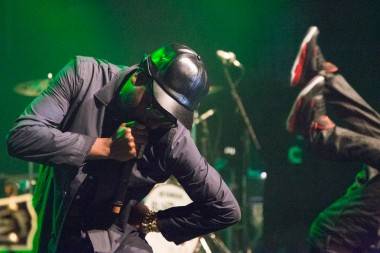 k-osÂ on tour for his fifth album, BLack On BLonde, in Vancouver at the Commodore Ballroom Saturday night.

The album features the singlesÂ “Dog is Mine”Â and “NYCE 2 KNOW YA”.Â BLack on BLondeÂ features a mix ofÂ rock tunes, on which the Toronto musicianÂ sings and plays drums, guitar and bass, and old-school hip hop jams. It’s his sixth album since releasing his first single, “Musical Essence”, in 1993.