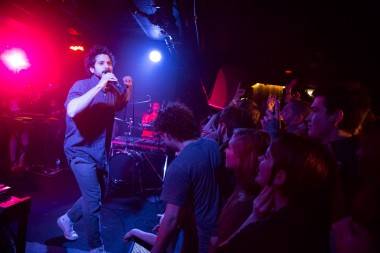 WHY?Â played the Biltmore Cabaret Saturday night. The band is on tour for its fourth album, Mumps, Etc.

Why? was founded in 2004 by Berkeley, California artist Jonathan “Yoni” Wolf. WolfÂ had been using “Why?” as his stage name since 1997.

They released their debut album Elephant EyelashÂ in 2005.Â The alternative hip-hop/indie-rockÂ band followed up withÂ second albumÂ Alopecia. They released “The Hollows” as the first single.

In 2009, Why? released their third albumÂ Eskimo Snow. 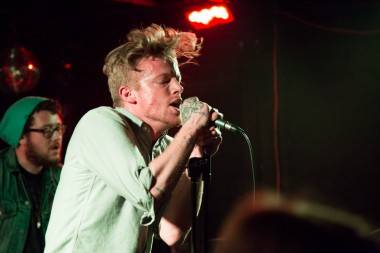