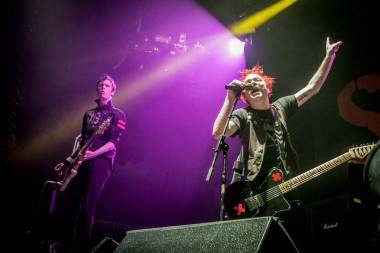 Sum 41Â opening for Billy Talent at the Pacific Coliseum in Vancouver. The band’s most recent album is Blood in MyÂ Eyes, from 2012.

The band came together in 1996 in Ajax, Ontario, Canada. Original members include lead vocalist and rhythm guitarist Deryck Whibley and guitarist Dave Baksh. They released their debut album, All Killer, No Filler in 2001.