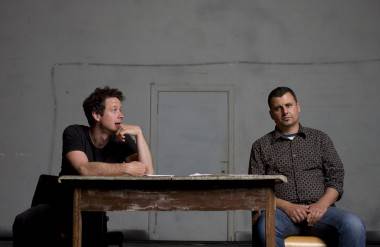 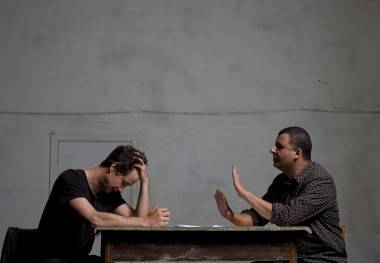 As the show rolls on,Â topics become increasingly personal, and the atmosphere tense and uncomfortable. The pair dissect one another on stage from their polar opposite upbringings to their current social status. Long attacks Youssef for his privileged roots and his affluent lifestyle and Youseef attacks Long for being an absent father and money-centric martyr. The battle of who’s the winner and who’s the loser is cruel, cringe-worthy and frighteningly real. In the end it seems to all boil down to money: the bitter working-class against the self-righteous upper-class.

Winners and LosersÂ was performed at Goldcorp Centre for the Arts from Jan. 30 to Feb. 2, 2013.