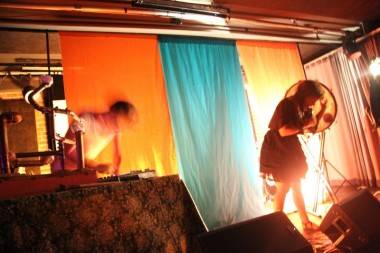 PurityÂ RingÂ has announced its third North American tour in support of its Last Gang Records debutÂ Shrines. The tour includes an April 25 show in Vancouver at the Vogue, marking a move to a larger venue. Purity Ring have also played the Electric Owl and Venue in Vancouver.

For the tour, Blue Hawaii – featuring members of Braids – will open.

On their recent sold-out January 2013 tour,Â Roddick and James included a cover of Soulja Boy and Ester Dean’s “Grammy”.Â  In a concert review, the New York Times statedÂ “[“Grammy”] proved Ms. James can belt a straightforward pop chorus.”Â  Upon wrapping up the tour two weeks ago, the band recorded the cover.

Blue Hawaii opens all shows aside from Coachella.