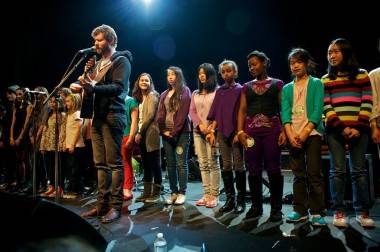 An all-star Vancouver roster of musicians got together Thursday night at the Vogue Theatre for Sing It Forward. The sold-out show was a benefit to fund music programs for kids in Vancouver’s Downtown Eastside.

Musicians included Dan Mangan, Mother Mother’s Ryan Guldemond, Hey Ocean! (the band’s Dave Vertesi is the organizer), Yukon Blonde, Shad, CR Avery and more, including some of the kids who have benefited from the program. 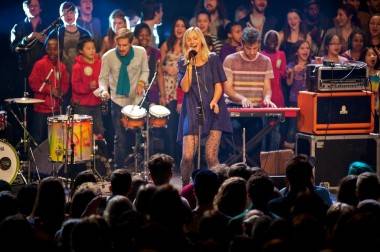