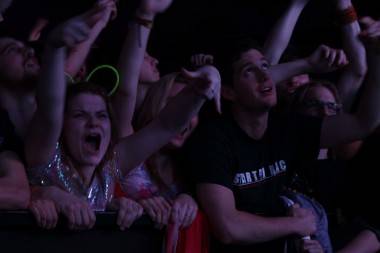 Review and photos–Contact Vancouver concertÂ at BC Place Stadium, Dec 26 2012

In an in-depth article for the Guardian,Â Simon ReynoldsÂ describes the rise and success of EDM festivals as a re-branding exercise to shed the negative connotations associated raves and techno:

Contact Festival fits the mould Reynolds describes but it was far from perfect. However focused and iron-fisted the promoters might have been in their attempts to intercept drugs at their event, supply will always manage to find a way to meet up with demand. The atmosphere of the night was overall a positive one but on the fringes of the 12,000+Â  person crowd were the slumped and battered few trying to rise above their restrictive highs. Despite the capacity of the stadium, poor organization led to huge lines. Coat-check alone took 40 minutes. For a beer or Smirnoff Ice (that was the choice) another hour of waiting in line was typical. But for many, it seemed the arduous waiting was worth it.

The sets between Chris Lake, Lazy Rich, Alesso and Nero were almost seamless, with each DJ act passing the decks without a hiccup. Alesso’s mix of Drake’sÂ “Forever” really got the crowd pumpedÂ  with the majority screaming lyrics into the lasers: “So I don’t plan on stopping at all I want this shit forever man.”Â The best of the pre-Deadmau5 Unhooked acts however was Nero, an electronic group from the UK, who showed just how heavy bass should be dropped. The dubstep duo ignited the crowd into a frenzy that could only by topped by EDM superstar Deadmau5.

Deadmau5 Unhooked is supposed to be more about the music and less about the spectacle–gone is the iconic mouse head, the cube and back lighting. However, in his own words Deadmau5 admits that for “unhooked” sets he just rolls up “with a laptop and a MIDI controller and ‘select’ tracks and hits a spacebar … Ableton syncs the shit up so no beatmatching skill [is] required. ‘Beatmatching’ isn’t even a fucking skill as far as I’m concerned anyway. So what, you can count to 4.” 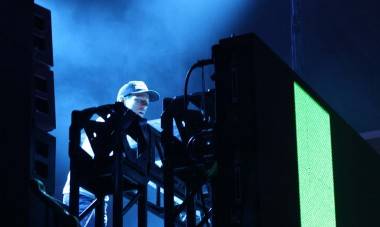 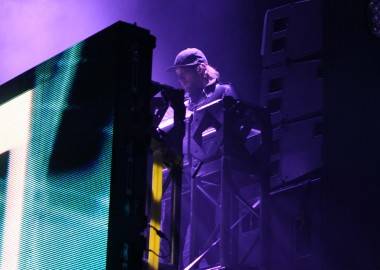