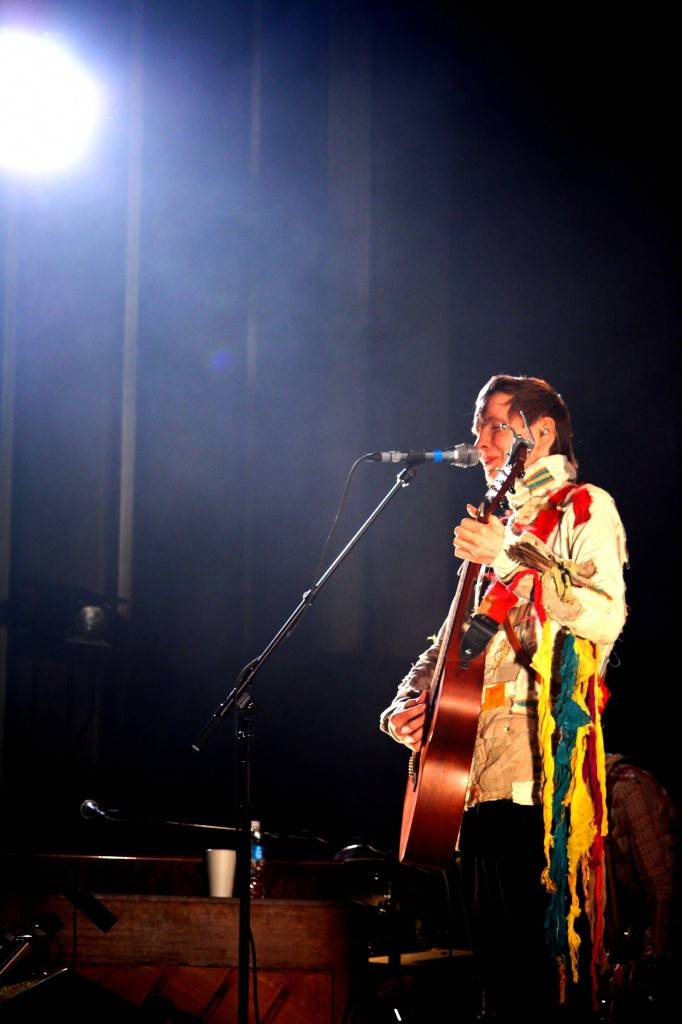 In SeptemberÂ Sigur Ros asked fans, video directors, and filmmakers alike to craft videos for songs off their new album,Â Valtari.Â With a modest budget and complete artistic freedom, 12 filmmakers created pieces based on whatever they felt listening to the tracks. Screening on all seven continents, including Antarctica, the short films premiere from Dec 7 – Dec 9, and in Vancouver at the Vancity Theatre on Saturday, Dec 8.

In a similar competition five years ago, the band received 57 entries. This year, the Icelandic group was overwhelmed by 834 film submissions. Directors includeÂ John Cameron Mitchell (Rabbit Hole, Shortbus), Rahmin Bahrani (At Any Price, Goodbye Solo)Â andÂ Alma Har’elÂ ( Beirut‘s “Elephant Gun” video, Bombay Beach),Â but the overall winner was based on the song “Fjogur Piano”, directed by amateursÂ Anafelle Liu (Director), Dio LauÂ (Art Director) and Ken NganÂ (Photographer).Â Commenting on the piece, Liu said, “SkinnedÂ is a restless self sculpturing of one’s body. It is a glimpse of the corporeal unconscious, forever trapped in lacan’s double sided mirror”. In addition to global exposure and new connections, the winners receive $5,000, a sold-out extremely limited edition Valtari design icelandic ‘festival’ blanket, an album, an art print, and a t-shirt.

“We never meant our music to come with a pre-programmed emotional response. We don’t want to tell anyone how to feel and what to take from it. With the films, we have literally no idea what the directors are going to come back with. None of them know what the others are doing, so hopefully it could be interesting.”Â -Sigur Ros