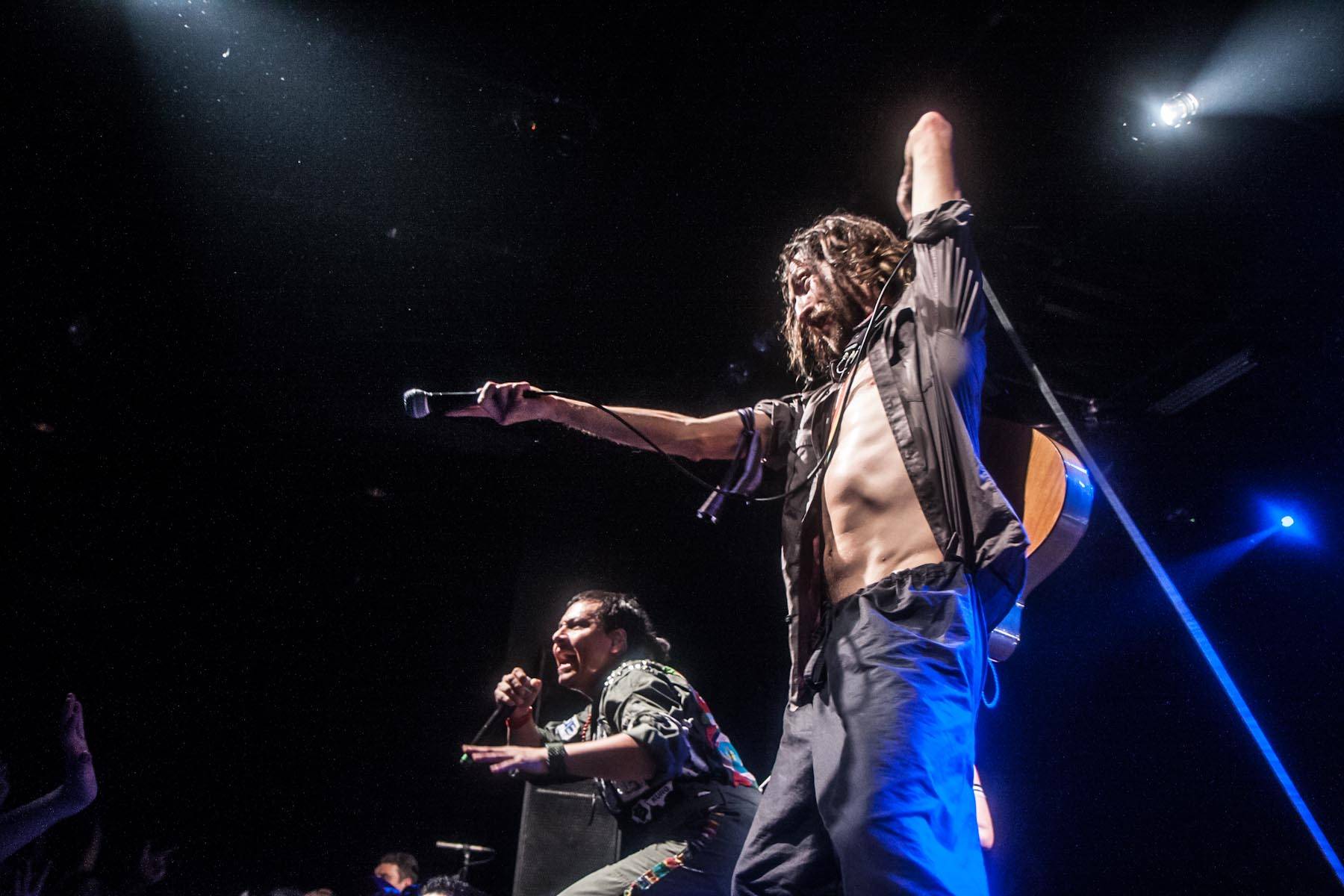 The New York-based gypsy punk super group has built itself an ardent fanbase, all through persistent touring in Europe and the Americas, multiple festival appearances, and the cult success of their five albums, including their most recent release, the 2010 Rick Rubin-produced Trans-Continental Hustle. Led by Ukraine-born musician, actor and raconteur Eugene HÃ¼tz, Gogol Bordello has popularized, if not perfected, this music genre, thus paving the way for other essential acts like DeVotchKa and Balkan Beat Box.

Soon enough, Gogol Bordello entered the stage, starting with “Ultimate”, the opening song from their 2007 album Super Taranta!. HÃ¼tz, along with his party co-consipirators–violinist Sergey Ryabtsev, accordionist Yuri Lemeshev, percussionists and backing vocalists/MCs Pedro Erazo and Elizabeth Sun, bassist Thomas Gobena, guitarist Michael Ward and drummer Oliver Charles–excited the crowd with a playlist that one couldn’t help but be compelled to dance to. 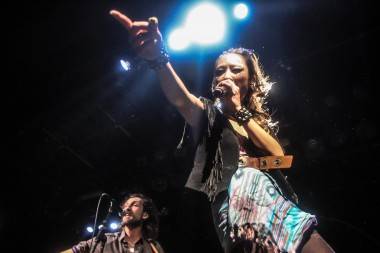 The show reached a fever pitch with “Break The Spell”, a politically-charged number about inclusion and tolerance, specifically about Roma gypsies like HÃ¼tz. “Imagine that you’re two weeks old, when you had the joy of being, where there’s no segregation,” said the charismatic lead singer, clumsily clutching a bottle of red wine and his acoustic guitar as he tried to inspire the crowd.

The night’s end was marked by the rousing “Start Wearing Purple”, from their third album Gypsy Punks: Underdog World Strike, along with the repeated chants of “break the spell!” coming from the fervent audience. The band then treated their fans with a merry five-song encore, after which HÃ¼tz literally invited everyone to an impromptu after-party. These gypsies sure know how to party, and Gogol Bordello are definitely not quite ready to end their worldwide traveling punk cabaret any time soon. 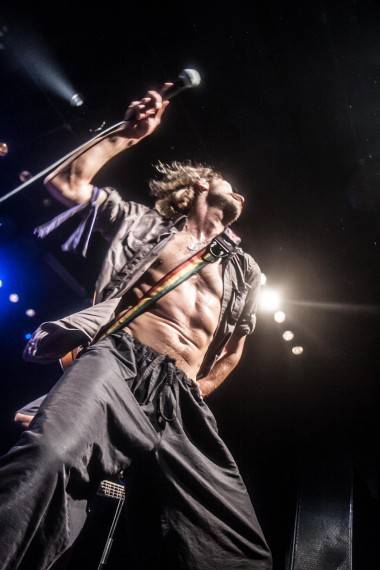