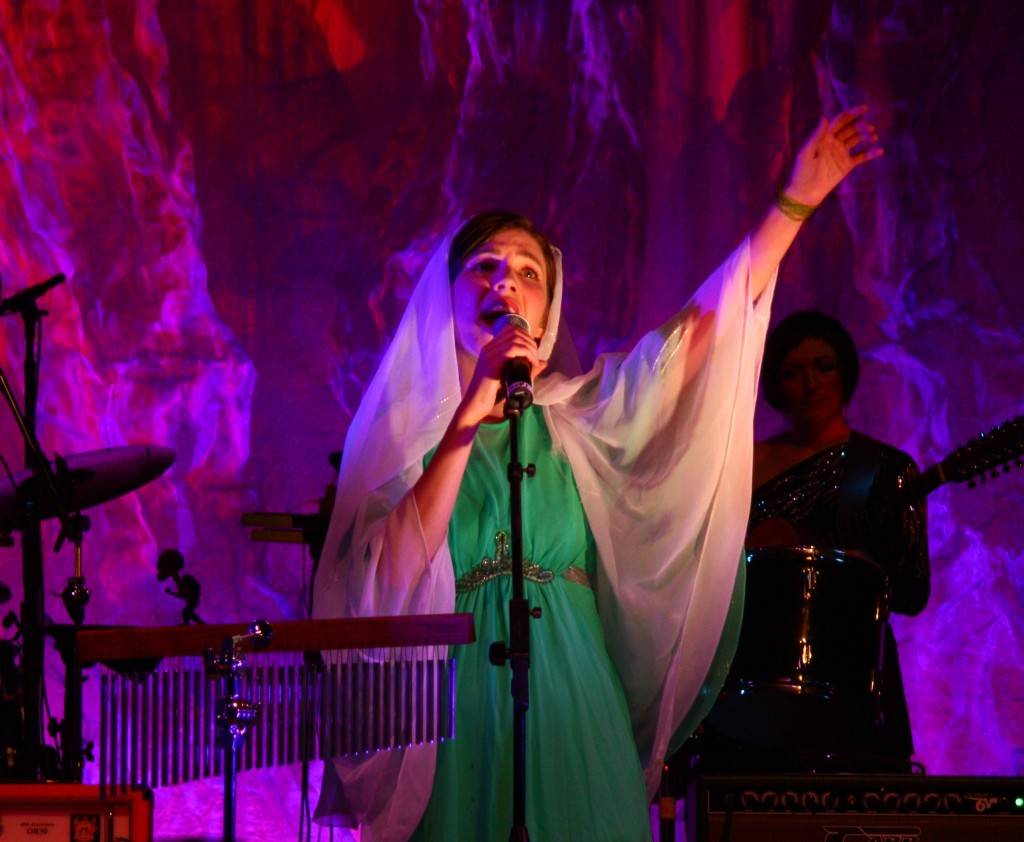 Becky Stark with the Decemberists at the Vogue, Vancouver, July 22, 2009. JaNicka Grayston photo

The video features lead singer Becky Stark dancing solo against the night-lit backdrop of an oil refinery in Long Beach, California. The unusual choice of location works perfectly as the refinery provides a unique skyline highlighted by just the right amount of illumination. The silhouetted figure of Stark mixed with the hues of dusk paint a superb setting for the upbeat dance track.

Incorruptible Heart is Lavender’s follow-up to their 2007 debut, Imagine our Love. The album, produced by OK Go front man Damian Kulash Jr., has been receiving favorable reviews mostly on the strength of Stark’s vocals. Pitchfork even stated in their review, “Stark is such a force, her voice– and by that I mean both her artistic perspective and her rich, bendy soprano–Â so singularly beguiling that it’s easy to forget there’s anyone else involved in the band”.