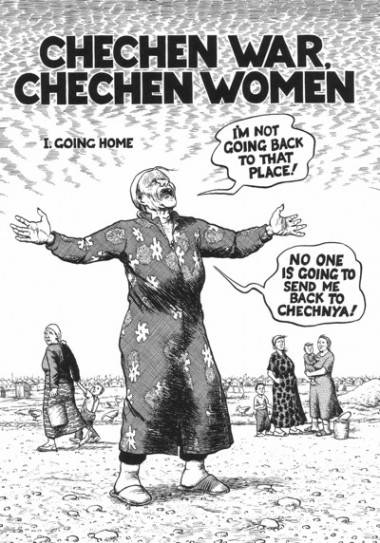 Learning about current affairs from comics might seem a little like trying to glean insight about national security from Homeland.* But Joe Sacco’s JournalismÂ (Metropolitan Books, hardcover, $33.50 Canada, 192 pps), a collection of pieces from hither and yon, shows what comics journalism can–and can’t–do when it comes to global politics.

At first glance, Sacco’s methodology is a perversely labour-intensive one. Going into war-ravaged areas, interviewing and photographing civilians and soldiers, politicians and NGO workers, and then later alchemizing all that material into word balloons and panels–the latter sometimes in painstaking detail–doesn’t make for timely, Johnny-on-the-spot reportage. 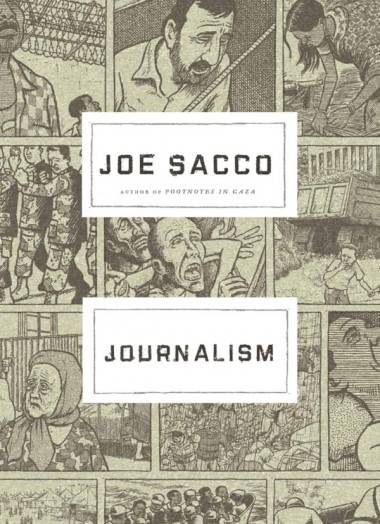 Instead, many of the pieces in Journalism–which collects over a decade’s worth of stories of varied length from sources such as Details, the New York Times Magazine and Harper’s Magazine–are most notable not from any kind of torn-from-the-headlines sensationalism but for the empathy the author brings to his subjects. It’s hard not to be moved by first-person accounts such as those of the Chechen women refugees in “Chechen War, Chechen Women”, for instance. Forced to live in refugee camps, often cut off from family members and refusing to go back to their homeland for fear of reprisals, they share living quarters with livestock and barely have enough food to survive. 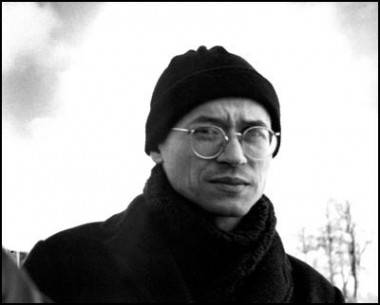 Sacco has a feel for displaced persons in general. One of the most effective stories isÂ “The Unwanted” (2009), about Somalian refugees who, trying to escape war in their homeland, become stranded in Malta. Sacco is of Maltese descent, which helps make this piece one of the strongest in the book, and helps him get the opinions of the Maltese-on-the-street. He’s not always able to maintain objectivity; in “Kushnigar”, Sacco finds himself on the side of the Dalits, the lowest of the low in India’s caste system. Investigating political graft, the author is unable to disguise his contempt for the corrupt politicians he meets.

Some of the subject matter and even the art might feel a little familiar to readers of Sacco’s previous works, like Palestine, Safe Area Gorazde and Footnotes in Gaza. Journalism is also uneven, as Sacco would be the first to admit–in endnotes, he explains what went into doing the stories as well as his dissatisfaction with some of them. However Journalism is also full of voices and stories that otherwise would not, and should be, heard.