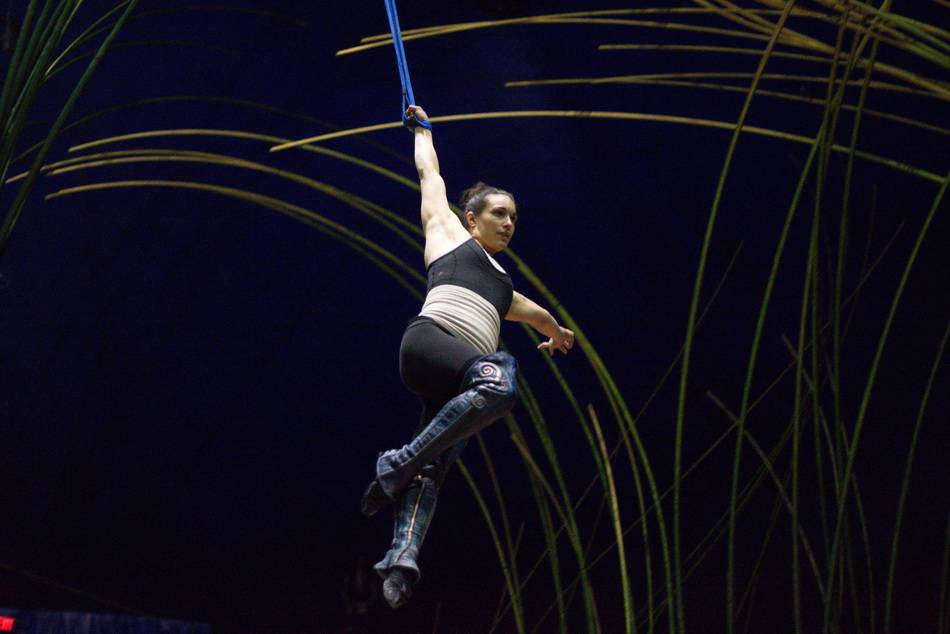 Cirque Du Soleil is touring with a new show, Amaluna, which plays in Vancouver Nov 23 – Jan 13. Set on a magical island, the story involves a girl’s coming-of-age ceremony and her various suitors. Her mother is Prospera, Queen of the island Goddesses, who causes a violent storm that tests the affections of the various hopefuls.

Directed by Diane Paulus, who is the artistic director at A.R.T (American Repertory Theatre), the performance includes a vast array of mystical creatures, and each has a unique and impressive costume. The set is immersive, drawing the audience into an enchanted forest filled sky-high with bamboo stalks that arch into an overhead canopy.

We sat down with Virginie Canovas, a young performer from France, just after she finished her daily practice, to discuss some of the show’s highlights. She plays one of the Valkyries, who are a group of goddesses that live on the island.

For tickets to Amaluna, go here. 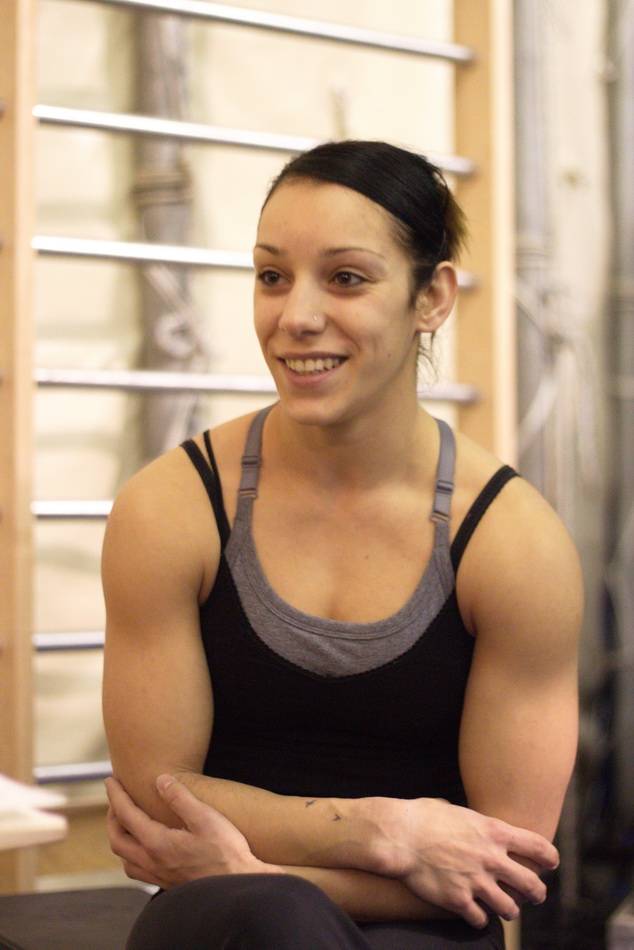 Elana Shepert: So you’ve been part of Cirque for five years?

Virginie Canovas: Four, almost five. I started gymnastics when I was nine, and stopped when I was fifteen, but always continued to do some kinds of sports, and dance.

ES: What attracted you to Cirque? Is it something that you’ve always aspired to?

VC: Yes, it has always been my dream. When I stopped gymnastics I just wanted to take a break from performance, and all the competitions, but I always had in the back of my head that I wanted to do Cirque du Soleil. When I was older and more mature, I made a video and sent it to Montreal.

ES: What was the application process like for Cirque?

VC: There’s different ways actually, but usually we send a video with all the skills we have, and different strengths that we can do, and try to show as much as we can to the casting. From there if they like your video they call you for an audition. 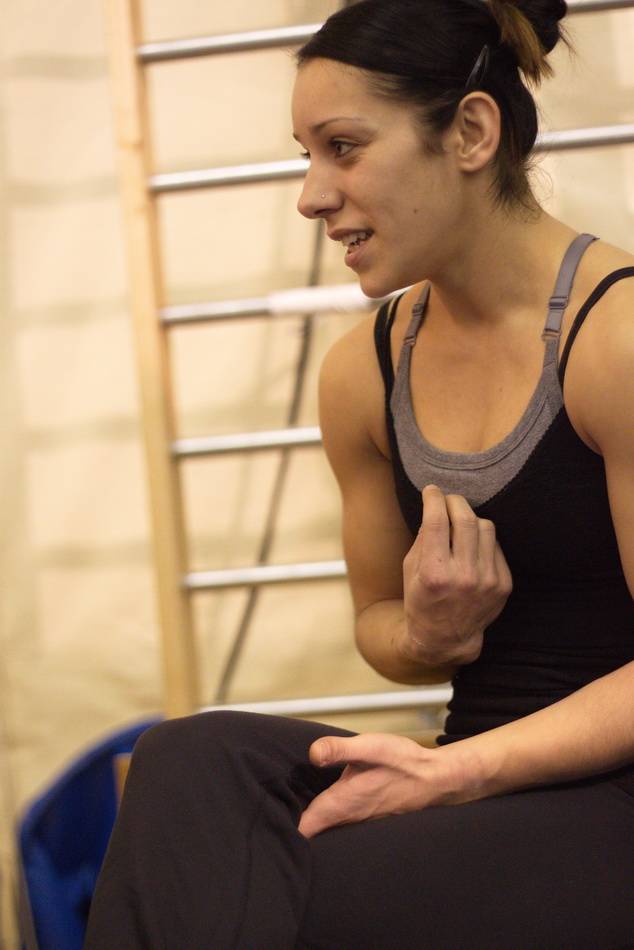 ES: In this performance, Queen Prospera is the governing head of the island. Is this character based somewhat on Shakespeare’s Prospero in The Tempest?

VC: Yes and no. It’s inspired by Shakespeare’s work, but it’s got different characters from all Shakespeare, not justÂ The Tempest. Diane got inspiration from all the characters. It’s really interesting, her vision.

ES: What can the audience expect from this performance? How is it different?

VC: Well you can expect to see a lot of women, and some boys, but you will see a different side of women. You’ll see how strong they can be. How powerful, yet sensitive they are, as well as protective. The amazons have a very special relationship with the boys.

ES: With all these unique characters and goddesses, the costumes are very intricate. What will yours be like? Is it comfortable?

VC: We have two costumes because we have two characters. They are pretty comfortable to perform in. The only challenge is to make the wig stay on our heads. We have to pin it up and put some braids in it, because we’re flipping over and spinning.

ES: Do you have a certain headspace or mentality that you like to get into before you go on stage?

VC: We like to connect with all the girls before we go stage, because there are three of us in the Valkyries. Before the show we like to hold hands. That’s our ritual.

ES: Do you really depend on each other on stage?

VC: We all support each other on stage. We don’t talk on stage, but we feel each other’s energy and can support one another. If we see that one girl is tired, or her energy is low, the others support her. It’s really special. 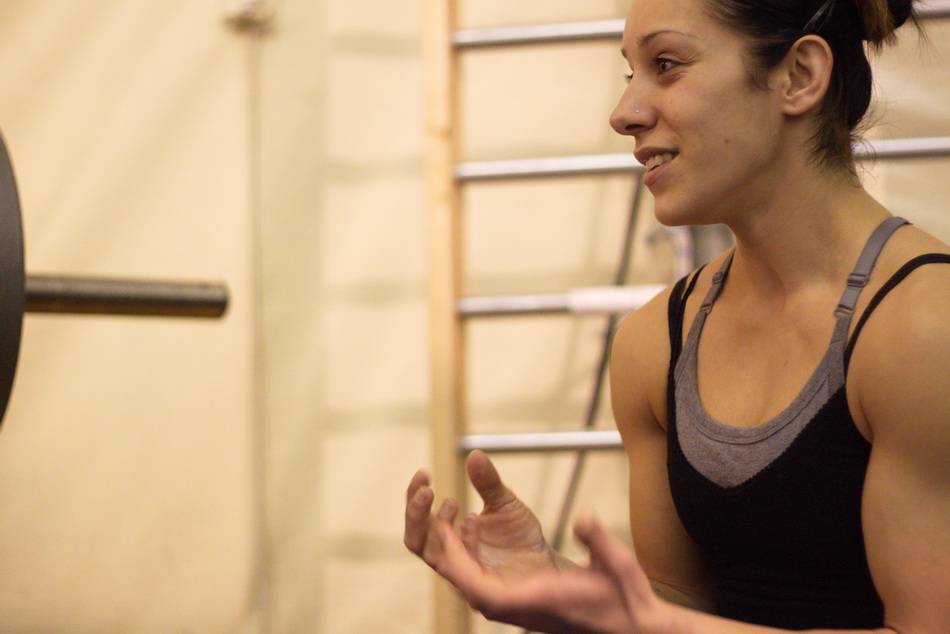 VC: Very different! My last character was a strong, sexy lady. She had a big nose and arms, and walked around all sexy, acting too good for the boys because she was older than them. It was completely different than this character.

ES: What kind of a character are you playing this time?

VC: We are warriors, here to protect the island. We are supposed to be mystical, and neither human or animal. In the air we are like eagles, and then like wolves. I like playing a wolf. I like people not knowing whether they should like me or be afraid of me, because I’m a warrior and I’m strong.

ES: Do you have any creative license with your character?

VC: It’s from the creation. The process involves forming the act, and than slowly integrating the character into the act, with the way we move, and the sounds we make [snarls]. We find ways not to look so human. It’s part of the creation process. They push you to personalize the character, but give direction also.

ES: So you make a great deal of sounds on stage?

VC: Yeah. We scream as we first fly on stage, and when I’m close to the audience I fly over people’s heads and make noises.

ES: Does being on stage feel second nature to you?