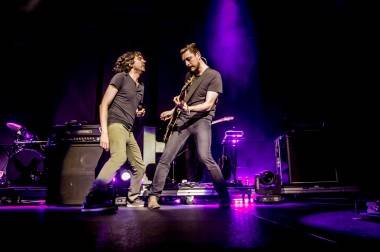 The former Oasis guitarist and the Northern Irish/Scottish pop-rockers have joined forces for 14 dates across North America in October and November. The run of shows began in Portland, Oregan at the Arlene Schnitzer Concert Hall on October 23 and will finish up November 9 at Houston’s Bayou Music Center. Snow Patrol have just completed touring in support of their sixth studio album Fallen Empires, while Gallagher is still supporting his solo self-titled debut LP Noel Gallagher’s High Flying Birds.

Noel Gallagher’s High Flying Birds (NGHFB)Â  hasn’t quite maintained the same trajectory as Oasis. The new music isn’t a huge departure from the latter – anthemic choruses and a live set punctuated with Scouser swearing – but the band hasn’t got nearly the same following Oasis had. Despite sharing the night with award-winning,multi-platinum-selling Snow Patrol, selling out an arena show was clearly not on the cards for either. 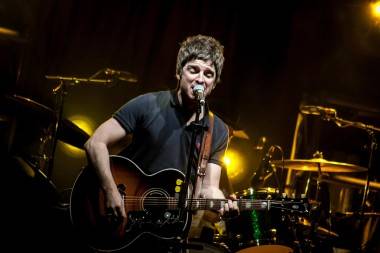 Looking at the sparse crowd (approximately 4,000) it was difficult to believe that Snow Patrol have sold over 11 million albums worldwide. Their albums have been nominated for the Mercury Music Prize, Grammys and MTV Europe Music Awards. The hit single “Chasing Cars” was even voted song of the decade in a Channel 4 poll. They’ve played sold-out show across the world and toured with big name bands such as U2 and Coldplay. But 14 years later it seems the hype is dying down for the inoffensive pop-rockers.