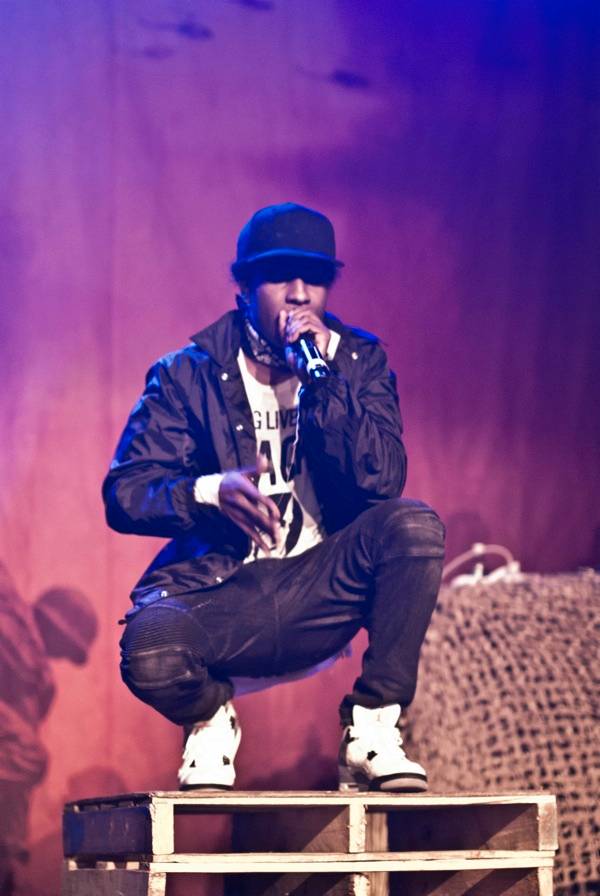 His mixtape,Â LongLiveA$AP, wowed critics and earned him a BBC nomination for theÂ Sound of 2012Â poll. He plans to release his first studio album this Halloween.

The rappers played Vancouver midway through their tour, on their way down the West Coast. Other dates include Seattle, Portland, and Los Angeles. The 40-date tour comes to a halt in Philadelphia, Pennsylvania, where they will play at the Electric Factory.Â

ASAP Rocky started his career on the Internet, creating compelling YouTube videos that earned him a loyal fan base. His “Purple Swag” videoÂ was an instant sensation. His second music video, “Pesso,” takes viewers on a trip around Harlem. The single, with its confident raps and strong melodic hook, exploded onto charts like New York’s Hot 97 .

In The Guardian,Â Dorian Lynskey wrote: “On his debut album LIVELOVEA$AP he doesn’t break a sweat, weaving with laidback confidence through warped, disorientating beats. On stage, accompanied by fellow MC A$AP Twelvy, he doubles the energy, turning atmospheric tracks such as ‘Wassup’ and ‘Kissin’ Pink’ into hook-heavy anthems, while an already meaty number like his cover of Chief Keef‘s ‘I Don’t Like’ has the bombastic triumphalism of a boxer entering the ring for a Las Vegas prize fight.”