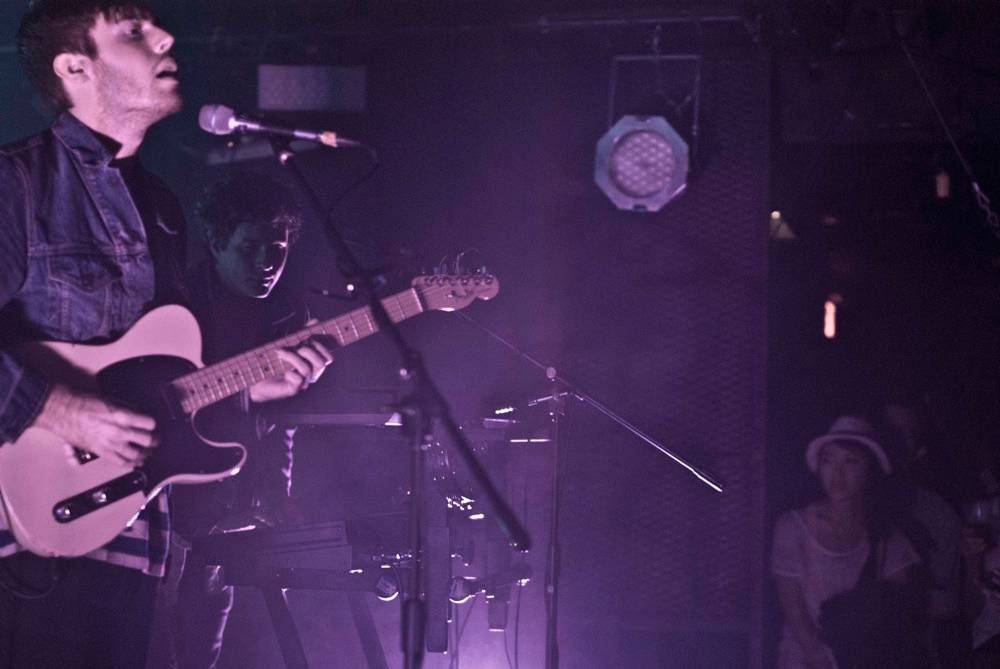 Photos – Wild Nothing at the Biltmore Cabaret, Vancouver Sept 7 2012

Wild Nothing at the Biltmore Cabaret, Vancouver on Friday night. The band is touring in support of its new album, Nocturne.

Jack Tatum first recorded under the name in 2009. Tatum, who previously played in bands Jack and the Whale and Facepaint in Blacksburg, VA, released the debut Wild Nothin album Gemini in 2010. Tatum’s demos garnered attention around indie music circles with a cover of the Kate Bush song “Cloudbusting”.

Tatum released the debut Wild Nothing single “Summer Holiday” in 2009, followed by “Cloudbusting”. Pitchfork ranked Gemini as the 49th best album of 2010. The band’s sound has been characterized as “dream-pop” and “shoegaze”. Nocturne has also received positive reviews. The new album comes in six different variant covers, sort of like a Wolverine comic book.

Reviews of early shows weren’t very enthusiastic–one writer wrote that the difference between Wild Nothing live and on record was “one percent”–but that may have changed. Buzz following the Vancouver show was positive.

Wild Nothing plays the U.S. until the end of September before taking a month off. The tour resumes in late October in the UK and Europe.