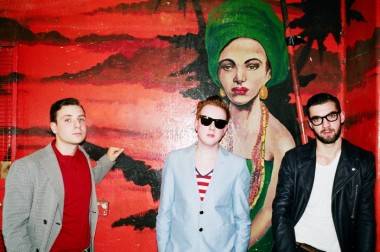 We have two tickets to give away to the Two Door Cinema ClubÂ show at the Commodore Ballroom Oct 18 2012.

To enter to win, follow us on Twitter at @TheSnipeNews and tweet, “I’ve entered to win a pair of tix to Two Door Cinema Club at the Commodore Oct 18. Details: http://ow.ly/dxNaS @TheSnipeNews @LiveNationWest”.

You can also tell us the name of your favourite movie house growing up in the comments section below. A tweet and a comment count as an entry each; contestants are Â allowed a maximum of two entries. We’ll make the draw using a random number generator 9 a.m. PST Oct 17.

Two Door Cinema Club is touring in support of their second album,Â Beacon,Â the follow-up to their debut album Tourist History. That album achieved platinum status in the UK and in the group’s native Ireland. After selling over 1 million copies worldwide, Two Door Cinema Club have become one of the biggest breakthrough bands of the last two years.

They are known to put on incendiary live shows, resulting in sold-out headlining tours all over the world. Recently, Two Door Cinema Club played to an overflowing tent at the 2012 Bonnaroo Music and Arts festival in Tennessee, debuting tracks from BEACON to a frenzied crowd.