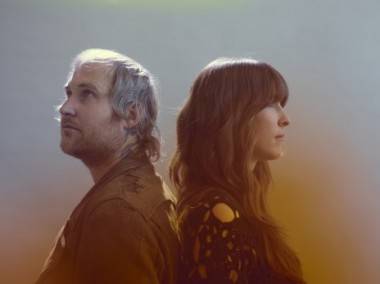 Vancouver hosts the dubstep and exotica sounds of Peaking LightsÂ this Friday.

Unlike the title of the Brooklyn-made record, LuciferÂ sprouts from less insidious roots. The bright, uplifting, and glossy sounds of tracks like the opener “Moonrise” and the following chillwave, funk-infused “Beautiful Son” were apparently inspired by the birth of the husband-and-wife duo’s child, Mikko. These songs are just a small sampling of the intricate percussive and synth-filled tracks that comprise the hypnotizing album.

It is a collection of positive vibes and hope. As Coyes himself put it, “There was a new approach to recording our rhythms and we were able to see through many more influences. To us this record is about play and playfulness, unconditional love, rhythms and pulses, creation and vibration. We are really happy to share these recordings!”

Attendees can expect to bounce along to the heavy bass tracks in the intimate setting and feed off the deeply spiritual themes of their music.

Watch – Turn On, Tune In, Drop Out, an 11-minute documentary on Peaking Lights: