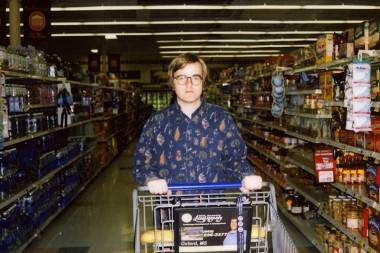 Dent May in Vancouver to do Do Things

This Thursday (July 5th), Oxford, Mississippi resident Dent May brings his retro-inspired music to Vancouver, where he’ll open for Quintron and Missy Pussycat at the Waldorf in support of his latest record, Do Things.

Earlier in his career, the precocious musician was championed by members of Animal Collective, which earned him a coveted spot on the roster ofÂ Paw Tracks (the avant-garde group’s record label). On this, his infectious sophomore album, May continues to revamp ’60s-’70s crooner-type tunes, with hints of psychedelia and yacht rock.

In between shows in California, I caught up with the easygoing artist to chat about his eclectic musical influences, the unexpectedly dark moments that inspired such an optimistic sound, and some current top 40 artists that Dent May respects and admires (a couple on the list might just shock and amaze you). 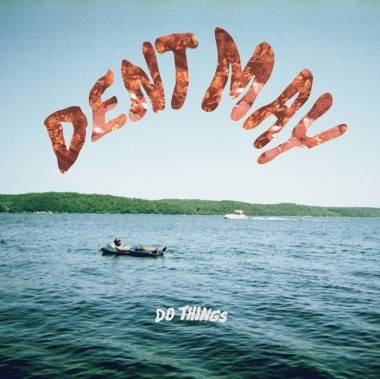 Ria Nevada: You just kicked off your tour across North America. How’s life on the road? I heard that your van has already taken quite the beating?

Dent May: Pretty good! We’re just leaving Santa Cruz right now for Oakland, California. Yeah, but we had to cancel our San Jose show because our van broke down. But thankfully it wasn’t too expensive and it was really quick and we’re back doing our thing.

RN: Fingers crossed you don’t face any more car problems and you get to Vancouver safe and sound so that we can hear you perform tracks from the new record. How has Do Things been received on the road so far?

Dent May: Oh man, the shows have been amazing. I think that people like us. Maybe some do, some don’t. But we’re having a great time and it feels really good playing new songs on tour. We’re playing with a full band; it’s four of my best friends from Mississippi.

RN: Are you starting to tire of people asking you why you dropped the magnificent ukelele?

Dent May: No I’m not tired of it. I had no plans to keep playing it from the beginning really. It was just kind of a concept for one album and I want every album I make to be different. I don’t want to be the ukelele guy forever. I just want to keep things interesting for myself.

RN: Right. You don’t want to be the guy with the schtick.

Dent May: Not at all. I want to do everything, literally.

RN: I’ve read quite a few of the reviews out there and some common words used to describe the album are “saccharine”, “fun”, and “glossy”. Were you in a similarly optimistic mindset when writing the record?

Dent May: Yeah. I think so. I want to make pop music that anyone in the world can enjoy on just a basic visceral level. There is some darkness to the lyrics and the way I was feeling at the time. But I think that pop music is the best way to deal with that, at least for me.

So yeah, it’s a very optimistic album, and the lyrics I think are a little bit inspirational in a way. You know, I want to take advantage of my time here on Earth while I can. 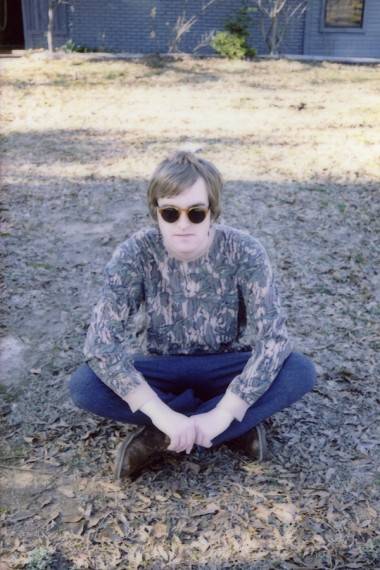 RN: Do you think it belittles the album and its breadth when critics and even fans classify it as being a “summer soundtrack”, or go so far as to call it “ironic” or “slapstick indie”?

DM: Yeah, I mean of course on one level I want it to come out in the summer. It’s a good album to play in the summer because it’s so sunny sounding.

On the other hand, I don’t want to be pigeon-holed as that. I think there is more to the album than just sunshine, you know? You have to know darkness to know sunshine.

To be honest, I was in a bit of a dark place when I wrote some of these songs and part of it was lifting myself back up. There were three years in between my first record and my second, and there was a time when I really didn’t know how to make music.

So part of it is me convincing myself that I can do it. And yeah, I want it to be an album that you can play with your friends at the lake, or you can put on headphones at night and get something more out of it.

RN: Well, several artists are undoubtedly extremely envious of the position you’re in – a member of the Paw Tracks roster. How has being a part of that community affected your creative process?

Dent May: It’s actually been quite good because Paw Tracks is the kind of label where there is 110 per cent creative freedom on my end. In fact, the way it works is I turn in a product and they put it out.

At one time I felt pressure to be successful or popular or make money, but at this point, the only thing that matters is the quality of the work that I do. So being on Paw Tracks is just the best way to have complete freedom.

RN: And Animal Collective goes every which way with their sound, so I can imagine that being on that label embraces such diverse artists under their umbrella.

Dent May: Right. I mean I was very influenced by hanging out with them, and touring with them, and being around them – they have really great attitudes toward music.

RN: The direction you’ve taken on this album blends in ’60s pop melodies, some funk, disco, ’80s synths. What were some of the songs and artists you grew up listening to in Oxford, Mississippi? I heard you have a soft spot for the Partridge Family?

DM: Yeah! Growing up in Mississippi, my parents, their record collection was like the cheesier side of ’60s and ’70s pop music like Bee Gees, John Denver, stuff like that. So I’ve always had a really big soft spot for soft-pop, soft-rock radio.

I got into indie-rock music and punk in junior high and high school too. But if something says something is uncool, I want to check it out, because if someone feels that way about it, there must be something interesting about it.

RN: Well there are genres that people are so quick to poke fun at, like disco for instance. What is that fine line for you between a cheesy genre and what’s retro but acceptable or “cool”?

DM: To me there is no line. I don’t believe in cheesy versus non-cheesy. I wanna break down that wall.

My friends and everyone I know feel the same way. Everyone likes stuff on the radio, or at least some of it. Rihanna is amazing. Beyonce is amazing.

And even someone like Nickelback. I don’t really like their music that much, but people are so quick to just hate on that band.

I can understand why people say it’s in bad taste, but they’re doing their thing. Don’t judge. There’s something about that stuff that resonates with a ton of people in this world so get off your high horse and just look at the positive.

RN: Your track “Home Groan” talks about you forgoing music meccas like L.A. and New York for your hometown. Oxford doesn’t get enough credit for being a breeding ground for an eclectic music scene. What makes it the ideal city for you?

DM: I have a very conflicted view of living in Oxford. Part of it is amazing because it’s cheap to live there.

There’s a lot of interesting people because there’s a college there. There’s William Faulkner tourism that brings a lot of people through.

I grew up there, I love Mississippi. On the other hand, yeah, it gets a little isolating. That’s kind of what “HomeÂ Groan” is about – that anxiety. It’s certainly magnified on tour.

Every city I go through, I picture myself living there, and maybe I could. That song is less about saying that L.A. and New York suck, and more about saying everywhere in the world can be cool.

RN: So your track “College Town Boy” on your first record, was that also written about your feeling of wanting to break free of your home surroundings?

DM: Absolutely. People always ask me “Who is “College Town Boy” or “Howard” about?”, and sure it’s about people I’ve known over the years, but it’s mostly about myself.

I’ve been living in a college town for seven years and for a while there, I was worried that I’d never do anything that mattered in the world. So, it was about picking myself up and saying “Get off your ass and do something”. It takes a lot of hard work; you can’t sit around and wait for the opportunity to fall on your lap.

RN: Anything the audiences in Vancouver can do to make you feel at home when you play your show at the Waldorf on July 5th?

We’re here on tour not to make money. I want people to hear the music, but we’re also here to see the world and meet people. So I just want to check out Vancouver, I’ve been there a few times and I love it! 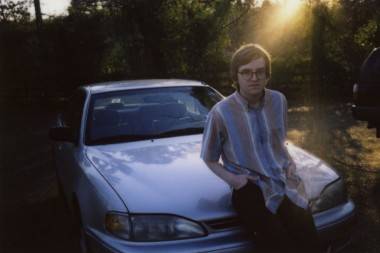 I adore Canada. I find people there are super nice and super open-minded and smart. So, just come hang out and talk to me!

RN: Will do! Thanks so much for talking to us all the way from California! We’ll catch you in Vancouver!

DM: Looking forward to it!

One response to “Dent May – interview”