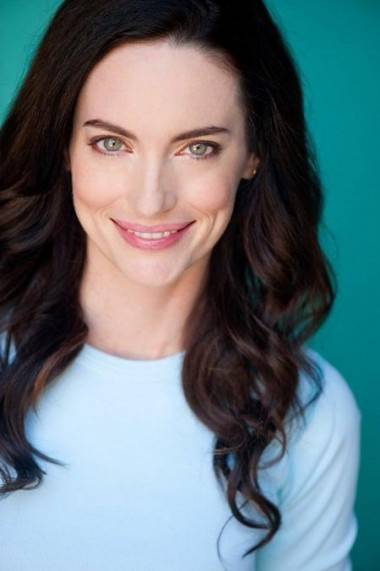 InÂ Abraham Lincoln: Vampire Hunter, a vampire played by Dominic Cooper takes Abraham Lincoln (yes, that Lincoln) under his wing. Cooper’s Henry Sturgess (could there be a more boring name for a 900-year-old vampire?) instructs Honest Abe (Benjamin Walker) in the art of vanquishing the bad vampires.

Fortunately, Cooper’s Sturgess gets to have a love interest – Gabrielle. She is played byÂ Alex Lombard, a Charleston, S.C.-born-and-raised actress whose previous credits include the Christopher Nolan blockbuster Inception as well as recurring roles in the TV seriesÂ Big Love, How I Met Your Mother andÂ Days of Our Lives.

Lombard called us from her Los Angeles where she lives with her six-pound chihuahua mix, a few days before she was to leave for New York for the world premiere of AL: VH. We talked about about scripts under lockdown, the end of video stores and what she’ll wear on the red carpet. 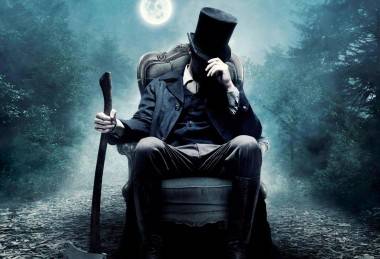 Shawn Conner: When you first got the Lincoln script, was it just the scenes you were in?

Alex Lombard: Yeah, I just got my audition scene. It happened really fast. I was literally reading the book* on the way down there, on the plane to New Orleans. It was a really fun whirlwind adventure.

SC: When you got the full script, was it top secret, with your name on it?

AL: Oh yeah, I had to sign my life away in order to read it. They really scared me – for some reason I had two copies, one sent to me at home and another given to me when I got down there [New Orleans]. And every page is watermarked, with my name on it.

So I was lugging around the old one because I was too afraid to leave it anywhere. And I said to one of the assistants, “What would have happened if I had left the script in the hotel?” The assistant said, “Oh the hotel would have called us if they’d found the script.” And I thought, Oh my God. This is the real deal.

But you have to be like that now with so many spoilers and all the online stuff. I get it. And I’m used to doing this – Inception was even worse, it was like hanging out with the FBI.

SC: How long did filming take for your part?

AL: I was in New Orleans for a couple of weeks and we filmed in the French quarter in a beautiful historic home. It’s such a beautiful town anyway. It’s a magical city and even more so being on the film down there.

My part is small; I play Dominic Cooper’s girlfriend. I’m the light comedic flirty sexy comic relief. When Abe Lincoln first comes to Henry’s house he finds me there, he finds us in some compromising positions. 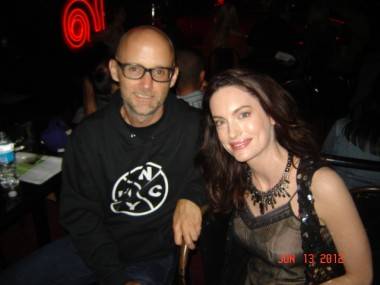 SC: It’s a summer blockbuster, there’s millions behind the marketing campaign. Is there some nervousness, or is everyone strutting around, pretty confident?

SC: Is this the kind of movie you’d go see yourself?

AL: I would for sure. I’m a big fan of all of these guys. I loved Wanted with Angelina Jolie, that was the movie TimurÂ did before this one.

SC: What are your favourite kinds of movies – are you a romantic comedy fan?

AL: I love indies. My favourite thing is to find a little gem of an indie film.

SC: What was the last one you saw that you liked?

AL: II don’t know if it’s indie, but I really fell in love with Jeff Who Lives at Home withÂ Jason Segal.

SC: Are you a Netflix person or video store person?

AL: We don’t have any more video stores in L.A. All the Blockbusters shut down. There’s maybe one I can think of called Vidiots in Venice [California] that’s still open.

On the one hand I love on-demand and Netflix, but then there are some more obscure titles or older ones that you really can’t find. That’s what I miss – I miss wandering the aisles of Blockbuster for hours. You just happen upon things in a way that you don’t online. You have to order it now, or buy it.

SC: Is there one movie in particular that made you want to be an actress?

AL: There’s one actress who made me want to become an actress, and that’sÂ Meryl Streep. I don’t know if I have a favourite. I like her body of work so much. Her movies are super super heavy.

I would have to say my favourite female performance is Shirley MacLaine in Terms of Endearment.

SC: What’s next for you?

AL: I have a movie coming out called Man Without a Head. And I just finished developing a pilot with my writing partner, and we’re going to shop that around this summer.

And I wrote something that i’m going to star in and direct as well. It’s called Sophie and it’s a psychological thrillerÂ and it’s aboutÂ ironic love in a modern age and it asks the question, can pure love exist in over-sexualized society?

SC: What was the inspiration?

AL: I always write about the same thing; I always write about alternate realities. I love writing stores about people going through their lives and then all of a sudden finding out what they thought was real isn’t real. I don’t know if you saw that show Awake, it’s about a guy who has an accident and he doesn’t know if he’s dreaming. He never knows which life is real.

For some reason I’m always drawn to that subject matter. I think it just terrifies me the most. You try to go through life and be a good person and what if one day you wake up and you realize you’re not who you thought you were, or you’re living an entirely different life?

SC: On another note, do you know what you’re going to wear at the premiere of Abraham Lincoln: Vampire Hunter in New York on Monday [June 18]? 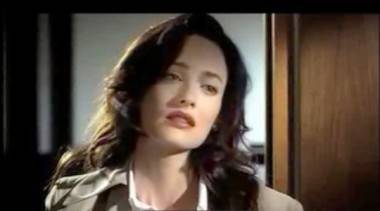 *Abraham Lincoln: Vampire Hunter is based on a novel by Seth Grahame-Smith, who also co-wrote the script as well as the screenplay for Dark Shadows and the novel Pride and Prejudice and Zombies.