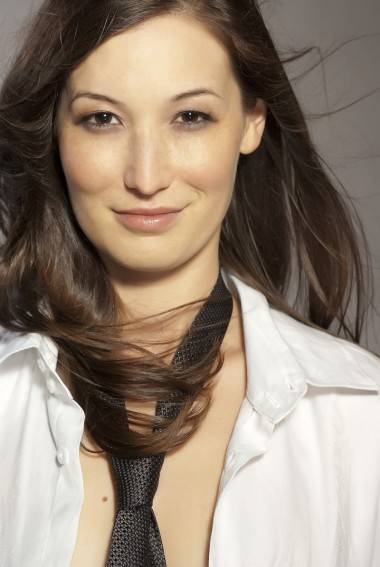 A few weeks back, I talked with Vancouver actress Jennifer Spence about her role in the new sci-fi TV series Continuum. The big news about the show isn’t that it features Rachel Nichols (GI Joe, Conan) as a cop from the future in a skintight outfit. Nope; the big news is that, like Real Housewives of Vancouver (o which Continuum otherwise bears no resemblance whatsoever), the series lets Vancouver be Vancouver for a change.

Yes, you read that right. After decades of playing Seattle, San Francisco and even New York (we’re looking at you, Fantastic Four), Vancouver plays itself. Perhaps this is why we spent zillions to bring the Olympics here – to provide a backdrop in a series about a time-traveling cop.

The series premieres May 27. A few weeks previous to the show’s start date, we chatted with Spence, whose credits include Alcatraz, Stargate andÂ The Killing (filmed in Vancouver but, alas, set in Seattle), about her role.

Shawn Conner: What are some of the locations where the show has been filmed?

Jennifer Spence: It’s all been around the Lower Mainland. I know they’ve done some work out of the studio in Burnaby. Most of the work I’ve done – I’m based mostly out of the precinct, and most of that’s done at Plaza of Nations. There are a few buildings around that area we use.

SC: Are you a science fiction fan?

JS: Before I did Stargate I was never a fan of science fiction. With Stargate, I realized it was possible to have stories that involved the supernatural or sci-fi elements and still be about the relationships between people. I haven’t see Battlestar Galactica, though, which is a total travesty, I know.

SC: Have you done a convention yet?

JS: Not yet. I’m excited to do one; I think we’re going to be doing a panel at the Fan Expo Vancouver. I’d love to do them, and get to travel. In the summer time, in June, I’m going to be doing a feature film with my husband, Ben Ratner. He’s writing a feature film right now. It’s actually inspired by his late friend Babz Chula, a prominent figure in the film and television and theatre community here.

SC: You were on an episode of Get Cooking With the Stars?

JS: We went to a Thai restaurant and cooked up a couple of dishes. The irony of the whole thing is I don’t cook at all. But anything that involves eating, I’m in.