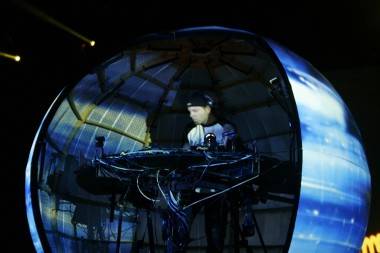 DJ Shadow returns to Vancouver for a show at the Commodore Ballroom April 24. In conjunction with Live Nation we have a pair of tickets to give away.

To enter to win, simply follow us on Twitter and tweet: “I’ve entered to win a pair of tix to DJ Shadow courtesy @TheSnipeNews and @LiveNationWest . More details:

Shadow’s most recent album is 2011’s The Less You Know, the Better. The last time played the Commodore he was in a giant spinning orb.