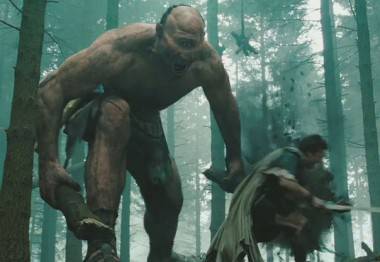 The other film is Edgar Wright’s Scott Pilgrim Vs. The World, the CG-heavy adaptation of Canadian comic book author Brian Lee O’Malley’s series of the same name. A romance story steeped in the characteristics of a video game, the 2010 movie features a ton of stylized fisticuffs in the film as Scott (Michael Cera) takes on the seven evil ex-boyfriends of Ramona, the object of his desire. In the same summer that gave us its polar opposite in The Expendables, WrightÂ (Shaun of the Dead, Hot Fuzz) proved himself again as one of the preeminent directors of our time with some of the savviest camerawork in years. 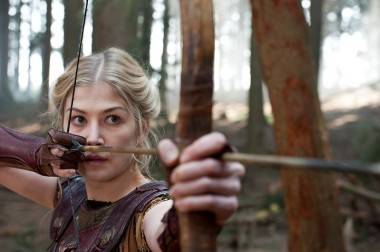 But it’s as an action film where the failure is most pronounced. This is whereÂ Scott Pilgrim andÂ Pan’s Labyrinth come in (and they’re only examples, not unique in their achievement): the CG and how the action is shot inÂ Wrath of the Titans takes away any power the material might provide.

The film opens with demons attacking a village. Though fight scene has its moments, the enemies are so clearly not a part of our world, so clearly fake, there’s no peril. When Liebsman does decide to keep the camera still long enough to show us what’s going on, we’re underwhelmed because it’s impossible to buy into the danger of the moment. The producers have backed him into a catch-22: use the good camera technique of Wright (or even Liebsman himself in parts of the inexplicable hitÂ Battle: Los Angeles) and put your flaccid CG-wolfdog things on display, or shake it around a lot, obscuring their fakeness and losing the audience in another way.