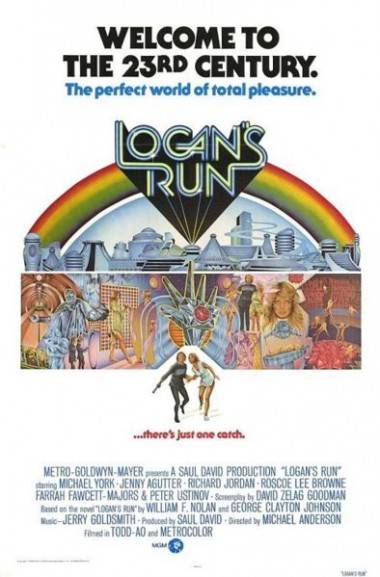 Star Wars ruined everything. And so it does not make our list ofÂ the best ’70s science fiction movies. Sorry.

Before George Lucas‘ space opera came along, ’70s SF was chugging along quite nicely, thank you, serving up dystopian vision after dystopian vision. Planet of the Apes, Soylent Green, A Clockwork Orange, Silent Running, Logan’s Run, The Omega Man, A Boy and His Dog and the immortal Zardoz gave us grim forecasts of the future that made audiences think, or at least be grateful that they didn’t live in a world that kills people off at the age of 30 or worships a giant floating head. Or eats people, for that matter.

That all changed, of course, with the introduction of your Darth Vaders and Stormtroopers and Wookies and abducted princesses and all that other crap. Well, on the eve of the release of Rise of the Planet of the Apes, we figured it was time to look fondly back on theÂ best 70s science fiction movies, when men were men and dogs talked, and before everything turned to Death Stars. 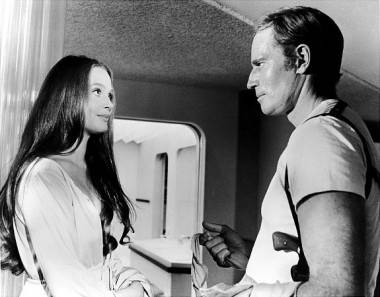 The best science fiction films of the ’70s (pre-Star Wars):

Silent Running (Douglas Trumbull, 1972) – Before Christopher Walken there was Bruce Dern, another actor who could be counted on to add a little crazy to whatever role he was in. In Silent Running, he’s the lone occupant of a spacecraft containing the last vestiges of nature after all flora has become extinct on Earth.

THX-1138 (George Lucas, 1971) – Before he was the problem, Lucas himself got into the spirit of things, writing and directing a feature in which society lives underground in the 25th century. Sex has been outlawed and a trio plan their escape (possibly to a world where people worship a giant floating head – see Zardoz).

Soylent Green (Richard Fleischer, 1973) – Charlton Heston (a lynchpin in our list of theÂ best 70s science fiction movies)Â is an NYC cop who gets too close to the truth in an overpopulated future that resorts to drastic measures to feed its inhabitants.

Dark Star (John Carpenter, 1974) – More of a stoner comedy about four dudes in deep space than a vision a future rot, Dark Star is the dark horse on this list. Carpenter would of course go on to direct Halloween, while screenwriter (and star) Dan O’Bannon would give us Alien.

The Omega Man (Boris Sagal, 1971) – Go-to sci-fi hero Charlton Heston again, this time in the male fantasy that leaves him the last man on Earth forced to machine-gun vampire types. It was based on the novel I Am Legend by Richard Matheson, which later also served as the source material for the bloated 2007 Will Smith vehicle of the same name.

Death Race 2000 (Paul Bartel, 1975) – David Carradine and Sylvester Stallone compete in a world where drivers score points for mowing down pedestrians. One of two “future sports” movies to make the list, Death Race 2000 spawned a remake of sorts in 2008 starring Jason Statham.

Rollerball (Norman Jewison, 1975) – This James Caan-starring future-sports flick has been all but forgotten, but it deserves a mention for its theme of individuality vs. corruption in a corporate-run world.

Logan’s Run (Michael Anderson, 1976) – For cheesy ’70s SF, you can’t really beat Logan’s Run (unless you’re Zardoz). It has its dated elements, but deserves tons of credit for a great-looking future and for the guts to feature a hero who basically starts out as a cold-blooded, state-appointed killer until his own self-interest and preservation instinct drive him to seek another way. Plus it has a stellar supporting cat that includes a then-unknown Farrah Fawcett, Peter Ustinov as a Crazy Cat Man and, in a class of her own, Jenny Agutter. AND it has the best movie poster.

Planet of the Apes (Franklin J. Schaffner, 1968) – Not, strictly speaking, ’70s SF, this now beyond-cheesy apes flick did help usher in the whole wave of alarmist, planet-gone-to-hell flicks. And it still boasts one of the great movie endings of all time. Note: Terrence Rafferty in the New York Times recently wrote a piece about the Apes sequels, naming the 1971 spin-off Escape from the Planet of the Apes as the best of the bunch: “Escape… is actually pretty good; like the novel and the first film, it’s more about ideas (and jokes) than spectacular primate action.”

Trailer – Planet of the Apes:

A Boy and His Dog (L.Q. Jones, 1975) – Seventies SF was notable also for seeking out respectable source material or, in the case of Harlan Ellison’s novella on which this movie is based, not-so-respectable. Don Johnson communicates telepathically with his dog in a post-apocalyptic world; most agree, this is one crazy movie, up there with…

Trailer – A Boy and His Dog:

Zardoz (John Boorman, 1974) – Sean Connery is a barbarian in a world of immortal intellectuals who worship a giant floating head. You can’t make this stuff up – well, you can, I guess. But just try to get financing nowadays.

A Clockwork Orange (Stanley Kubrick, 1971) – In a rather ballsy move, Kubrick followed up 2001: A Space Odyssey with this grim, rather repugnant take on the Anthony Burgess novel about a society attempting to control its baser elements. Too talented for his own good, the director is indirectly responsible for a million bad Halloween costumes and FHM magazine. Note the similarity between this trailer and the one for A Boy and His Dog.

Sleeper (Woody Allen, 1973) – C’mon, you didn’t think we’d end this with a cosmic bummer, did you? In Woody Allen’s future Earth, the establishment wants to clone their leader from his nose. Allen mines the future for laughs and hits a bull’s-eye nearly every single time, from his Chaplin-esque robots to the Orgasmatron to giant banana peels to the evolution of language: at one point, when given a painting, Diane Keaton’s character says, “That’s Keane… no, it’s beyond Keane. It’s Cugat!” (Margaret Keane is the artist famous for his big-eyed children paintings; Xavier Cugat was a famous Spanish-American bandleader also known for his caricatures.) Make sure you watch the trailer – they don’t make ’em like this anymore.