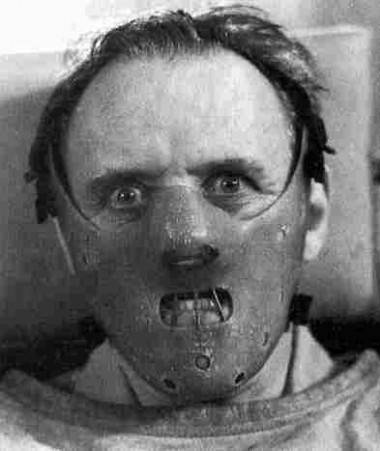 Anthony Hopkins as Hannibal the Cannibal in Silence of the Lambs (1991).

The best of the bloodiest: all-time cannibal classics

Cannibal films exploded in the ’70s, with a rise in the genre’s popularity, known as the “cannibal boom“.

The boom included a range of films, starting in Italy, that portrayed gruesome behavior. The movies lost popularity due to their content, which included everything from rape to torture to castration. With Anthony Hopkins‘ portrayal of serial killer Hannibal Lecter in 1991’s Silence of the Lambs landing him an Oscar, the genre regained popularity. Cannibal hillbilly films and indie sensations alike have created an immense cult following.

Let’s have a look at the top ten cannibal films to watch this Halloween.

1. RavenousÂ (1999) – A terrifying Mexican-American war survival story, Ravenous is set in remote Fort Spencer, California, in the dead of winter. A Scottish stranger arrives at the fort, and regales the few inhabitants with a cannibalistic story. He is intense, and as the plot unwinds his sadistic endeavors imbue him with superhuman strength. The isolated, wintry location serves a terrifying backdrop for a gripping hunt, where the cannibal menaces his prey. His transformation is a bizarrely powerful depiction of possession, where the devil inhabits a soul by virtue of deed.

2.Â House of 1000 Corpses (2003) – Rob Zombie is a master of terror. The creative genius of the film is multifold: fear and humour are the sickest of companions, as the viewer travels through the realm of a remarkably twisted family. Two couples embark on a journey to find an urban legend, and end up prey. The pleasure Dr. Satan and his brethren derive from their satanic rituals is evinced in their menacing laughter and unfathomable giddiness. From unrelenting fear to uneasy dread, the narrative holds the audience captive in the house of hell. Universal Studios didn’t release it due to fear of an N-17 rating, but the relentless Mr. Zombie pushed to have it released. A cult masterpiece.

3.Â Cannibal/Benjamin Vire (2011) – Unlike most cannibal films, this one doesn’t load on the gore. Instead, the film is a triumph of dread and human urges. A young man falls in love with a woman, who turns out to be a cannibal. She is impish looking, pretty and unassuming, making her true nature seem all the more horrific. She is a brand new beast; a delicate monster.

4.Â Sawney: Man of FleshÂ (2012) – A psyche tour de force, Scottish serial killer Sawney Bean figures as a supremely twisted super-villain, reminiscent of Jack the Ripper and Hannibal Lecter. His legend expands over centuries as his family participates in the murders of thousands of people. Sawney’s character is particularly distressing because he believes he does God’s work. He picks his targets based on their unholy deeds, and ritualistically sacrifices them. He interprets the Bible omnipotently, orating passages as he slices, dices, and dines.

5.Â Cannibal Holocaust (1980) – Using recovered tapes to potray a gruesome Â crusade into the world of tribal cannibalism, this film predates the current rise in popularity of theÂ found footageÂ genre. The quintessential flesh-feeding film of the cannibal boom,Â Cannibal Holocaust received a great deal of negative attention. It was banned in Italy and Australia, and the Italian director DeodatoÂ was arrested on charges of obscenity. Nevertheless, for lovers of the genre, this film is the ultimate gore fiasco. It is gruesome, unexpected and unforgettable.

6. Wrong Turn (2003) – Â Hillbilly horror is a popular subgenre, and this one adds a cannibalistic twist. Three in-bred mountain men chase an attractive group of young people Â through the woods in this fast-paced narrative. The hillbilly cannibals have an insane freakishness, making them completely unpredictable. The viewer feels them watching throughout the film, adding a creepy voyeuristic layer to the plot. No shortage of blood and absurdity, this romp leaves you breathless. 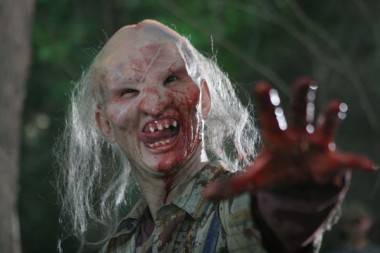 7. Hunger (2009) -Â The film’s premise is itself terrifying: “How far would you go?” A madman places a group of people in a dungeon with very few necessities, forcing them to survive any way possible. The terrifying scenario is easily understood, and the unraveling of humanity is disturbing to watch. Without a great deal of gore, the film is incredibly unsettling, because it tests the limits of seemingly normal people. 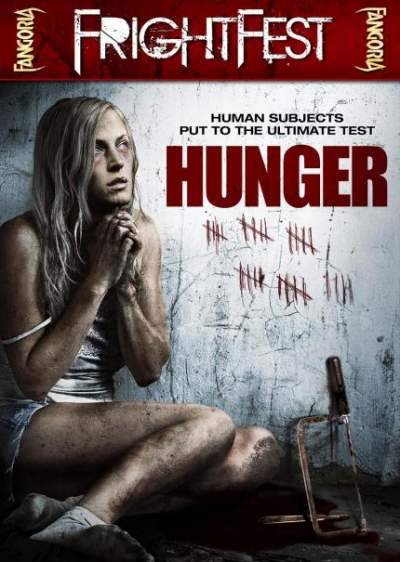 8. We Are Going to Eat You (Di Yu Wu Men) (1980) – Combining kung fu and flesh-eating, this Hong Kong horror is a cult classic. Unlike other films of the genre, the film uses gore as a form of social commentary. Not unlike Jonathan Swift‘s “A Modest Proposal”, the film uses satire to describe the failures of communist China. The villagers resort to cannibalism out of necessity–their chief allocates more food to the soldiers then to them. The movie combines the gore of the ’80s cannibal boom with unique kung fu humor. While its chaos is confusing, this film is a hilarious thrill-ride packed with gory goodness.

We Are Going to Eat YouÂ trailer:

9.Â The Hills Have Eyes (2006) -Â A remake of the 1977 Wes Craven horror, the new version is far scarier and much more disturbing. First, the cannibals themselves are visually more terrifying, and the evolution of their characters is utterly disturbing. Eerily realistic, the tension evolves with a menacing fever as they stalk the family through the desert. The victimized family is also easy to like, and their torture feels utterly barbaric. The sickening scenes stay with the viewer long after the final credits.

The Hills Have Eyes trailer:

10.Â Silence of the Lambs (1991)/HannibalÂ (2001)Â – Â Without showing a ton of gore, both films are marvels of psychological sadism. Hannibal Lecter is one of the most compelling characters of all time, in any genre. His gruesome psyche is particularly fascinating because he is brilliant, and takes offense to the ill-mannered. With an air of untouchable class, his lunacy is captivating, adding eloquence to the most sickening behavior. Hannibal evokes a disturbing dread in a single sentenceÂ : “A census taker once tried to test me. I ate his liver with some fava beans and a nice Chianti.”