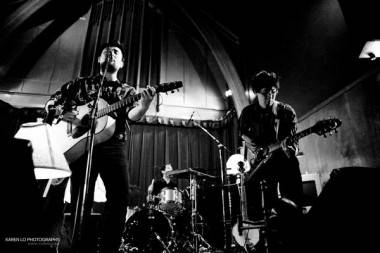 While on tour in November, lead singer Andrew Lee learned his father has thyroid cancer, and has only a few weeks to a few months to live.

If you’d like to help the band out in this trying time, they are asking fans and supporters to download by donation an acoustic version of their song “Comb Back Down”, recorded at the hospital by Lee where his dad is a patient. All funds will be used to help Andrew and his family during this exceptionally difficult time. In Media Res website: http://www.imr.ca

*** In Medias Res were performing as part of Funderwear, the annual fundraising concert put on by their label File Under: Music. The concert is still going forward, but In Medias Res are no longer in the line-up. Tickets are still available for Funderwear (a 19+ show). Information here All proceeds from Funderwear go to the Salvation Army Harbour Lights Foundation.