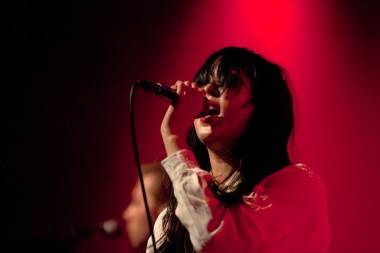 The EPs were subsequently released on local independent label Round Trip Mars. Powers and Xayalith began performing live with Ben Knapp and Jordan Clark on bass and drums respectively.Â Aaron Short, who had engineered the two EPs,Â became a performing member of the group. Knapp and Clark left the group in 2009 and were subsequently replaced with Jesse Wood and David Beadle.Â According to Wiki, the band took their name from Tricky‘s song “Tricky Kid”.