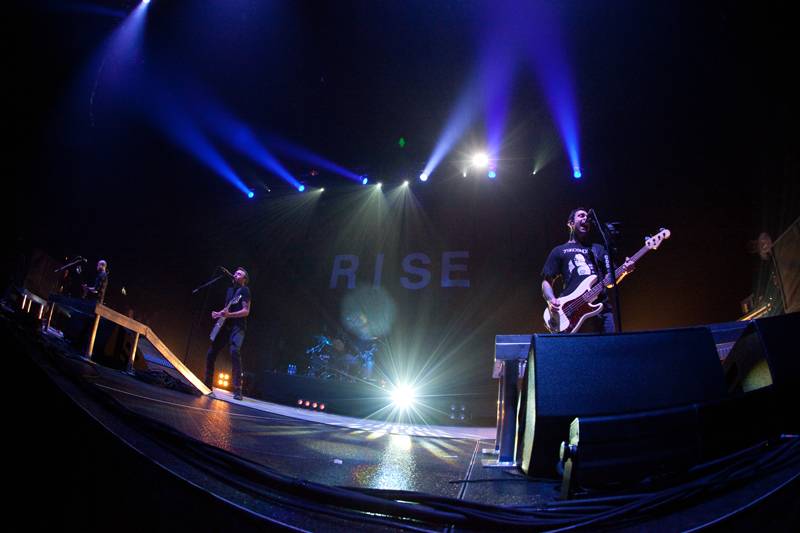 Rise Against at Pacific Coliseum, Vanocuver. The Chicago hardcore band is on tour for their 2011 album Endgame.