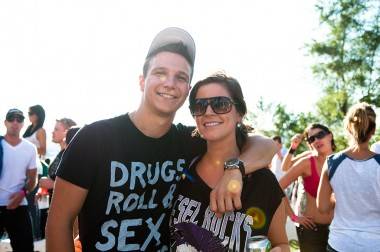 Across the water from downtown Montreal lies Parc Jean Drapeau. There, a little thing called Piknic Electronik just so happens to occur every single freakin’ Sunday from late spring to early fall in Montreal. That’s right: Montrealers spend their “day of rest” raving out in the sun. That’s how they do things here.

To celebrate the final Piknic Electronik of the year, Sunday’s was a POP Montreal event.
With a full lineup of DJ’s (DJ Menjai, Waterfront Property, Lebeouf et Laviolette, Nymra & Sofisticated, MightyKat, and DoP) and a perfectly clear, cloudless, sunny, and freakin’ hot (for late September) day, it was a perfect way to spend the day: outside, listening to music, dancing, meeting new people, and drinking beer. And a peach & mango smoothie, too, just to be a bit healthy.

MightyKat was the standout DJ. Her fun house beats took it up an extra notch or three that the other DJ’s weren’t getting to. From her first track, until I was leaving to catch the Metro back to Berri-Uqam, the huge crowd was hollerin’ and shakin’ their money makers. 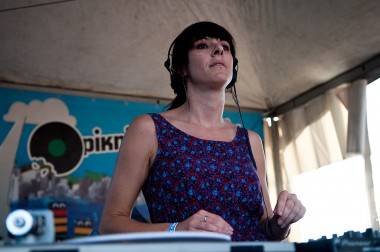 I cycled to Theatre Outremont to catch The Season: Socalled Musical.

Socalled is a multi-genre musician and producer, and this was the premiere of his musical, with puppets. I was pretty stoked about this. It seemed like it was going to be weird, wonderful, and wacky. But it opened very disappointingly. Not only was it nearly a half hour late getting started, which totally threw off my scheduled evening of covering other shows, but the first scene, the (human) actor portraying a Quebecois hunter was reading his lines from a card. Seriously! People paid money for this, and he hadn’t memorized his lines! I think it threw the initial impression into a bad place, because even though some of the writing was clever, and some of the music entertaining, I was never convinced, and vacated at intermission. 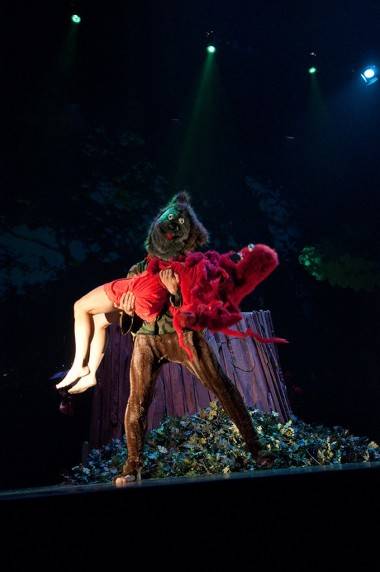 After fueling up on a delicious chicken & chips dinner, I headed to Casa Del Popolo for an interactive experience with Indian musician and singer Babukishan Das Baul. He not only had the entire audience clapping and stomping and singing, he invited audience members to accompany him on instruments. He also invited a local dancer to dance on stage. He was very charming, talking with the crowd the whole time, espousing the importance of music and its healing qualities, and that it helps us love one another. He would also take the time to describe his unique instruments as he brought them out, giving history and point of context. 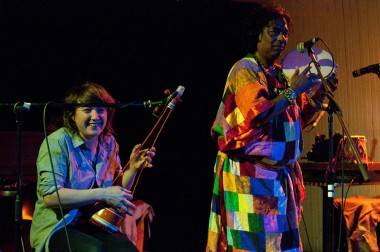 I left Del Popolo to head to Sala Rossa, but upon arrival, was disappointed to find out that the evening’s bill was cancelled. I had been really looking forward to seeing (& photographing) DJ Q-bert.

So I went down the street to Divan Orange, where Eric Chenaux was mid-performance. He sang sad songs and played guitar through pedals that reverberated and droned. Interesting but definitely not a pick-me-up.

Following Chenaux was the band I was there to see: Elfin Saddle. A very interesting mix of instruments and styles. I didn’t stay long, though, because I didn’t want to miss Shauit, who was playing at Club Lambi. 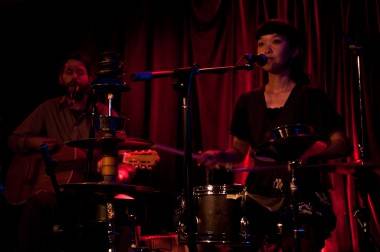 I’m glad I arrived at Lambi when I did, because I caught Shauit’s last song. There was some serious groovin’ goin’ on when I arrived because Shauit’s band was well into it.

By now, it was 12:30am, and after 5 solid days and nights of cycling around the city and photographing bands, I was feeling pretty tuckered.
I contemplated going home, but I needed actual closure.
To the official POP Montreal Closing Party then!!!

It’s a bit of a cycle to Eglise St-Edouard, the site of Wednesday’s Opening Party, but it was well worth it.
Not only did I get to say goodbyes to new friends, and applaud the organizers for the excellent work, I arrived when Phi Slamma Jamma were on stage. What? You’ve never heard of Phi Slamma Jamma? No surprise, actually. PSJ are just a (non-serious) side project of four members from Arcade Fire. No husband & wife powerhouse (Win & Regine), I’m sorry to say, but the boys were up there cooking through a slew of cover songs including The Clash’s “I’m So Bored With The USA”.

Then, to truly cap off the festival in true all-out fashion, Born Gold took the stage, and barreled through a bunch of high energy danceable songs. All three members wore silver hotpants, were at times using shovels as percussion instruments, at other times, were wearing football helmets, and hitting each other with drumsticks. None of this is as violent as it sounds. Born Gold are just fun and wacky. This was the wackiness I needed to end this truly amazing festival and this glorious journey in Montreal, Quebec, Canada. 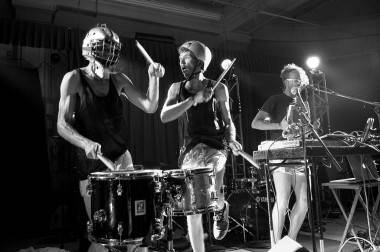