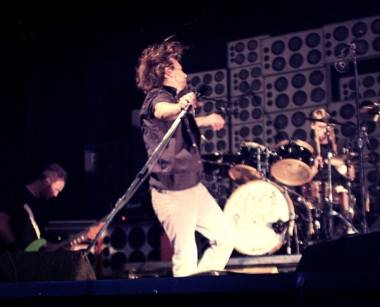 Since the band has no American dates planned – its next concerts will be in South America, in November – it appeared many U.S. fans had made a trek over the border; the roar of the crowd when Eddie Vedder asked how many of his fellow countrymen were in the audience was impressive. However, the Canadian roar was definitely louder. 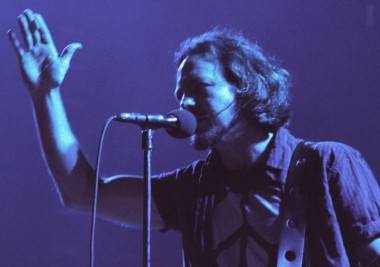 At one point, using his Fender as a reflector, Vedder shone a light on the Canadian flag hanging from the rafters next to its American counterpart. He also compared the U.S.’ ten-years’ war in Iraq to a country walking with a limp, and coming up here to seeing what it’s like for a country to walk without a disability. (I’m paraphrasing here.)

Of course, the crowd ate it up. 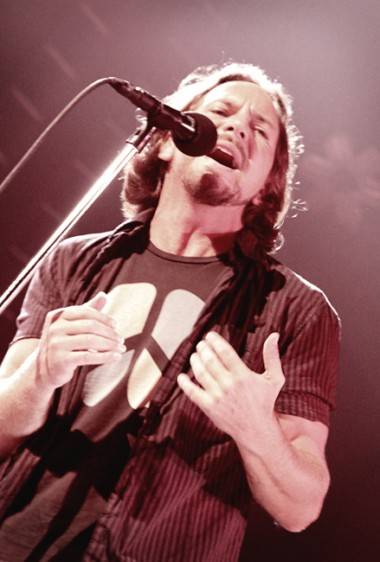 Vedder also noted that it was the 10th time playing Vancouver, that the first was in January 1991 and was only the band’s first gig ever. The set, as with the last time this writer saw them (at Rogers Arena two years ago, almost to the day) mixed well-known tunes with fan favourites.

No real surprises – Vedder swigged from his bottle of something (fine bordeaux? Washington State plonk?), and in general it was just another all-around great show with a loving, friendly attitude between band and audience, like people who have survived the last 20 years together. Complaints: as usual for casual fans like myself, Vedder’s words get completely lost in the muddy arena sonics. And security was super-uptight, as though a Sunday night Vancouver crowd was looking for a rumble. 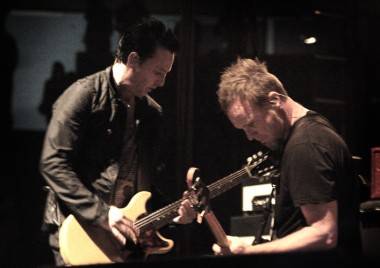 Elderly Woman Behind The Counter In A Small Town
Hail, Hail
Save You
Animal
Got Some
Given To Fly
Pilate
Unthought Known
Garden
Even Flow
World Wide Suicide
Setting Forth
Corduroy
Unemployable
Present Tense
Wishlist
Glorified G
Lukin
Porch