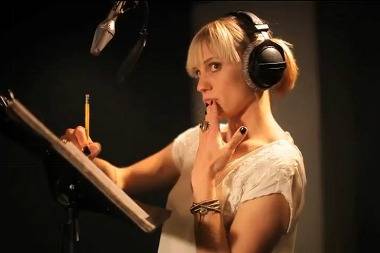 – In a collision that threatens to collapse the craniums of many a nerd, Battlestar Galactica’s Katee Sackhoff (who kicked copious amounts of Cylon ass as Starbuck in the rebooted SyFy series) will voice Black Cat in the latest Spider-Man video game Edge of Time. She even gets her own trailer!

– SuperHeroHype found out they are filming some sort of Avengers movie in Cleveland. This is the first I’m hearing of it, to be honest.

– Dwayne “The Rock” Johnson, former professional wrestler and current professional badass, tweeted a photo of his first shooting day on the set of G.I. Joe 2. He plays a guy unapologetically named Roadblock and stands in some dunes, which may or may not be a spoiler. 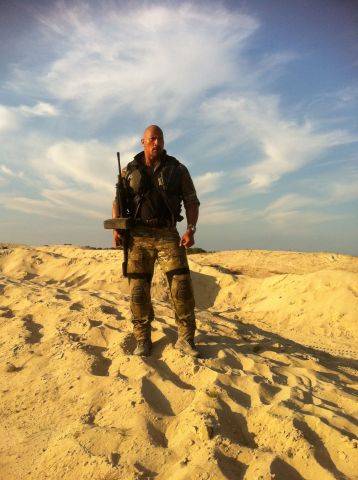 This comes shortly after the announcement that Emmy nominee (and who deserved to win) Walton Goggins (The Shield, Justified) has joined the cast as an unannounced original character. 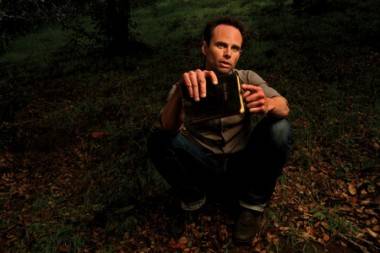 Justified’s Walton Goggins has joined the cast of the G.I. Joe sequel.

– The tailor-made villain people keep confusing for a leading man Bradley Cooper has dropped out of a planned remake of The Crow to the relieved sighs of fans everywhere. As previously reported, not even the creator of the series could think of a reason to remake the incredible original film. The Hollywood Reporter has the scoop.

– If I had a nickel for every time werewolves shut down the production of a film, I could quit this writing game and move to Barbados. Citing out of control costs, Disney has shut down the Johnny Depp adaptation of the classic character the Lone Ranger and his trusty sidekick Tonto. It was reported that werewolves factored heavily into the story of a masked crusader who fights bank robbers and rustlers. It will be retooled as a cheaper, non-Twilight pandering production.

– For people who like their movies spoon-fed to them atom by atom over a period of years, here is a picture of a possible new vehicle in Christopher Nolan’s The Dark Knight Rises. Some are saying plane, I say experimental metal origami project. Batman News has the story and drew a helpful red circle around where you are supposed to be looking. 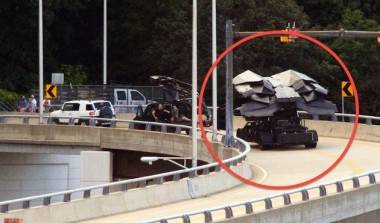 – Sin City 2 is totally, totally a thing that is happening. No jokes. Promise. Pinky swear.