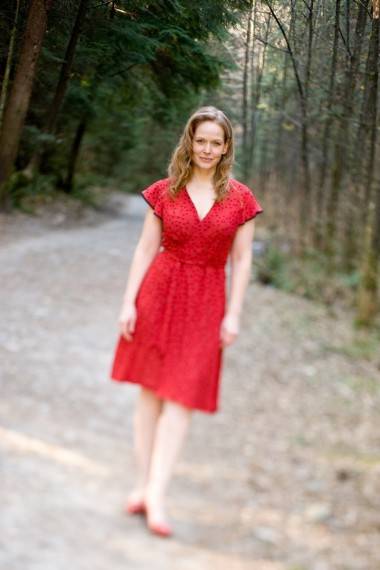 She’s the daughter of Valdy, yo; and if you don’t know what that means you’re probably American. Or born post-grunge…

But Chelah Horsdal is also in a big summer movie, Rise of the Planet of the Apes (Aug 5), as well as in Marley & Me: The Puppy Years, a prequel to that big dog flick from a couple of years ago. If nothing else, the latter has made a dog-owner out of the actress, who adopted her golden Lab Guiness (renamed gaffer) from the slew of pups working on set.

A Vancouver native, Horsdal still calls the city, Kitsilano in particular, home. After stints modeling and acting in her early 20s, she tried on various hats in restaurant management, interior design, magazine publishing, event production, and voice agent before returning to her first love (acting, of course).

We reached the actress on the phone on a warm July morning, in Vancouver. We discussed summer movies, working opposite James Franco and James Lithgow in the latest in the talking apes franchise and of course being the daughter of the man who wrote and sang “Rock and Roll Song”. 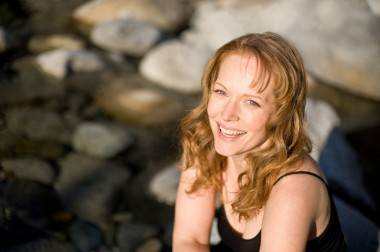 “I met my puppy on Marley & Me.” – Vancouver actress Chelah Horsdal.

Shawn Conner: Are there any movies you’re looking forward to this summer?

Chelah Horsdal: I’m super excited about Cowboys & Aliens. Bellflower is another one. It looks like it’s going to be really interesting storytelling that crosses a few genres. It looks like a classic independent that is getting a big release. It’s really hard to tell what it’s about based on the trailers. But the way that it’s shot – check out the trailer. It’s really really cool.

SC: Okay, let’s talk Rise of the Planet of the Apes. Where does it lie on the Apes continuum? I know it’s a prequel…

CH: It is. Of course, with all the crazy confidentiality I won’t give too much away, but what you already know, based on the previews, is that James Franco’s character is a scientist and he’s working with a company developing a cure for Alzheimer’s. And they start experimenting on the apes and we see the evolution of the intelligence of the apes.

His [Franco’s] character has a personal reason for trying to cure Alzheimer’s as his father, John Lighgow, is beginning to deteriorate. I play a home-care worker, Irena, who comes in to take care of John Lithgow.

It shows James Franco’s character not wanting to deal with the reality his father is disappearing. He brings home a little ape named Caesar. As a pet. And hijinks ensue… Caesar grows up and you’ve got the revolt. 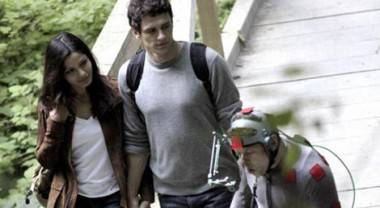 No good can come of this… a scene from Rise of the Planet of the Apes.

I think the effects are going to be really great. ‘Cos Weta Digital [Avatar – the company is even mentioned in the Apes trailer. Ed.] is responsible for them. So all the motion capture they had on set – we had two full crews as a result of that. And Andy Serkis, who did the Ring Trilogy, is Caesar. He’s so good. So good.

Watch – Rise of the Planet of the Apes (trailer):

SC: So you were in scenes with both John Lithgow and James Franco? That’s powerful stuff.

I grew up knowing John Lithgow as the Harry and the Hendersons actor, not as a dramatic actor until he did an arc on Dexter a couple of years ago. He is one of the greatest actors I’ve worked with. He was so talented and so humble and beautiful – I know people say this a lot, but I mean it; he was a real pleasure to be around and soak up a scene with. He’s very authentic and in the moment, a couple of actor cliches that are there for a reason.

And James Franco’s star has just skyrocketed in the last 18 months. It was interesting – all of the rumours you hear about someone, about their eccentricities and whatnot, and then just seeing him work, and just seeing him as a normal, awesome guy who was reading poetry on set when we were shooting. 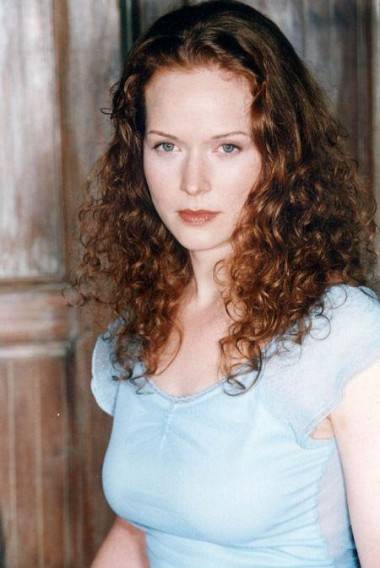 SC: This non-disclosure agreement you signed. How many pages is that?

CH: The standard MGM/Fox NDA is probably about six pages at least. I do know I came home one day and a friend of mine Tyler Labine, who is also in this movie with a more significant role, posted this video on Facebook of himself in his trailer with his makeup, talking about something. And I fired off a message to him: “DUDE! Did you not read the non-disclosure agreement we just signed out lives away to? Take the video down for cryin’ out loud.” It was pretty funny.

SC: This was the same agreement you signed before doing X-Men: The Last Stand?

CH: Yeah. It seems to be the same for all of the big-budget science fiction films.

SC: The fanboys want to see the details of the script in a bad way.

CH: Absolutely. And fair enough – why wouldn’t they? There’s juicy stuff. And if you’re invested in a franchise or a series of course you want to know the deets.

At this point, all the scripts are watermarked, so if anything were to leak they can track it back to where it came from.

I did a table reading for Elysium, the new Neil Blomkamp [District 9] movie. It’s going to start shooting here [Vancouver] at the end of this month. It stars Matt Damon and Jodie Foster. The script is so top secret that they wouldn’t email me a copy or even give me a copy. I had to go to the production office, sign in, sit in a room, read the script, give it back, and sign out, so they knew exactly how long I had been in there so they would know if I had any time to do anything shady. With technology they have to find ways to ensure it doesn’t leak. Because, c’mon, that ruins the storytelling. 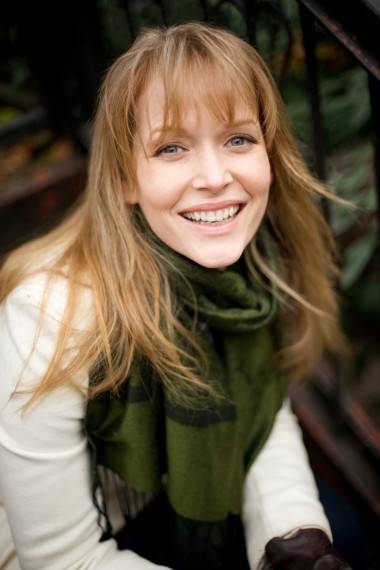 SC: On a big-budget film like Rise of the Apes, the catering must be out of this world.

CH: The catering was kick-butt. I wish I could remember the name of the company… It’s this group of women who are such extraordinary chefs, they’re not even cooking off the truck, they have tables they put out, a salad table… the days I was there rivaled any breakfast I’d ever seen. You’ve got to keep that crew of 400 happy and fed.

SC: Were you ever sitting next to an ape?

CH: I was not. Although there were a couple of people that, you know, it’s questionable.

SC: And what’s been your favourite star moment?

CH: Working with Sir Ben Kingsley was a real highlight for me. When I was a kid, my mom went to India to study yoga and I was always very connected to India. So when the movie Gandhi came out, that to me is what India was. In turn Sir Ben Kingsley had such a major impact on my life as a child because he represented this whole other world my mom had gone to study.

So I’ve always followed his career. As an artist he’s a huge inspiration. Even in really crappy movies he comes out smelling like roses. I can’t think of anyone who has that same kind of intense talent.

And he was the consummate professional, he was very kind. He’s a wonderful actor. There were moments where I was almost waiting for them to say “cut” because maybe he was so organic I thought maybe he’d forgotten his lines.

SC: And so, what was it like growing up the daughter of a Canadian musical icon, Valdy?

CH: What I was able to observe was how kind and generous my father has always been with every single person who would approach him. He would always make time for people, and he was genuinely interested in everyone he’s encountered.

And I’ve always been incredibly proud of him; I am beyond proud for him right now because he’s just been named to the Order of Canada. It’s a big deal for our family, and for his career, after 40 years of driving back and forth coast to coast.

I actually found out on Facebook. And then of course talking to him, he’s overwhelmed, but still continues to be incredibly humble about it.

He’s a real inspiration for me, to see a really positive role model in the way you can live your life as an artist and maintain integrity while still making a living. He’s my poppa – and now, he’s practically a knight. I’m a proud daughter. 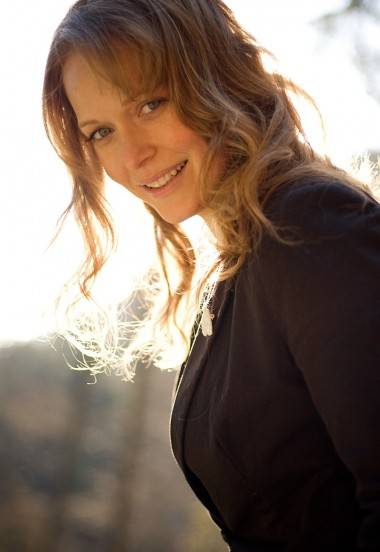