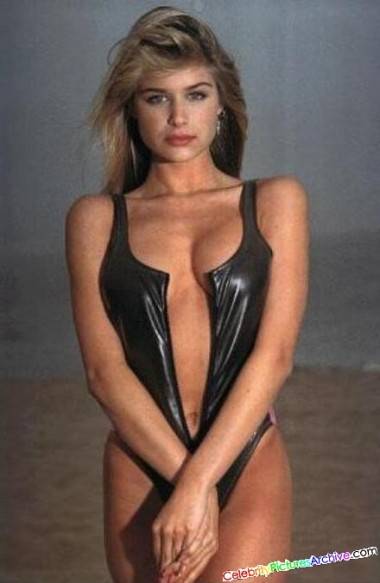 Actress/model Bobbie Brown (b. 1969 in Baton Rouge, LA) is best known for her appearance in Warrant‘s 1990 video for the song “Cherry Pie”. She’s also been in three episodes of Married With Children. According to Wikipedia, source of all things rawk, she’s working on a book to be titled Serial Rock Dater: Sex, Drugs and Cherry Pie.

She married Warrant lead singer Jani Lane shortly after appearing in the video for “Cherry Pie” (watch Warrant’s “Cherry Pie” video). They were married for two years. Her conquests include such B- and C-listers as Sugar Ray’s Mark McGrath, Orgy’s Jay Gordon, Tuff’s Stevie Rachelle, and Motley Crue’s Tommy Lee.

Update: In her new memoir, the model reveals she had a brief encounter with actor Leonardo Dicaprio which ended abruptly when he started asking about her health history. Don’t know why, we’re pretty sure the guys in Warrant bathed at least once a week and probably didn’t have scurvy. 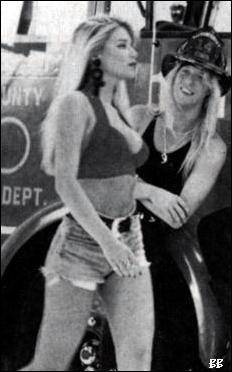 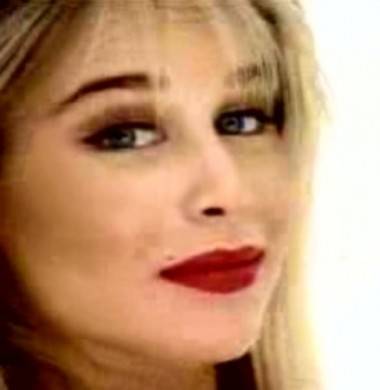 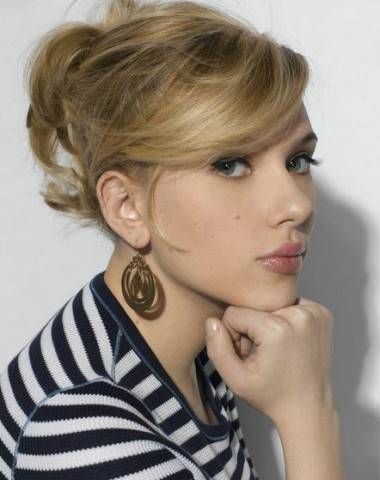 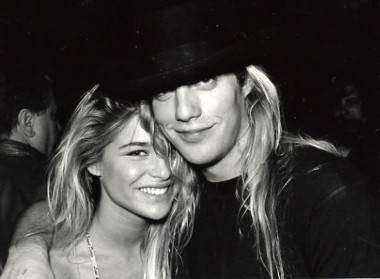 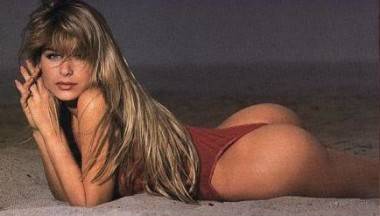