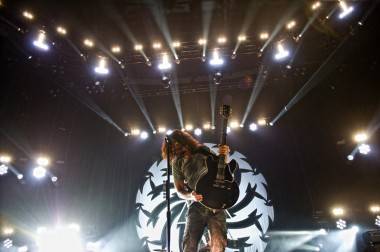 When Soundgarden played the PNE Forum back in December of 1996, the sense of impending doom was palpable, as if everyone in attendance knew that the band was about call it quits.

Chris Cornell’s voice was more than a little frayed, and the group seemed road-worn and somewhat detached from their music (and from each other). When they disbanded the following year, no one could argue that they hadn’t given their fans a respectable 12-year run. Just how much longer could Cornell have expected to hit those stratospheric notes, anyway?

Fast-forward 15 years to Saturday night’s Soundgarden show at Rogers Arena, and it’s a head-scratcher: he’s not only busting out the super-high vocals, he’s actually sounding better than he did onstage in the mid-90s. And, after a 17-song set, he comes back to encore with “Beyond The Wheel” and “Slaves and Bulldozers”, two of the most formidably altitudinous vocal performances in the Soundgarden oeuvre? Definitely a surprise. Add that to his recently re-grown rock-star tresses, and it looks like 47 years old is the new 27. 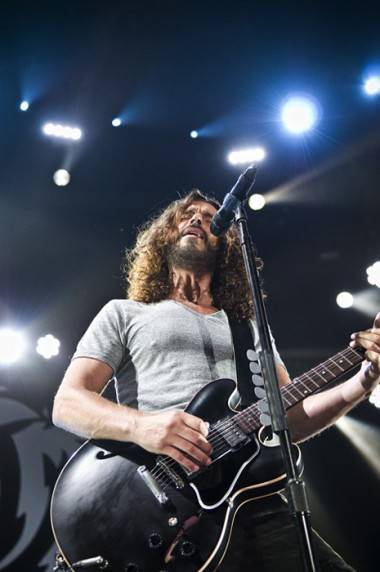 The show was mostly composed of a healthy dose of tunes from Superunknown and Badmotorfinger, the band’s two best-loved efforts, although, to the sold-out crowd’s delight, they also tossed in a few barn-burners from their first two albums (1988’s Ultramega OK and 1989’s Louder Than Love).Â  “Loud Love”, in particular, packed a meaty wallop and recalled the band’s early penchant for Zeppelin-approved riffing.

During set highlight “My Wave”, all the elements clicked – the roaring vocals, the twin guitar assault, the creatively off-kilter drumming of Matt Cameron, and the always-animated bass playing of Ben Shepherd. Soundgarden’s music certainly suits large venues, and epic numbers like “The Day I Tried To Live” and “Fell On Black Days” sounded appropriately thick and bombastic in the vastness of Rogers Arena. Even potential clunkers like the ham-fisted metal opus “Outshined” got the best of everyone by song’s end, as a guitar-less Cornell prowled the stage, mic stand raised above his head, rock ‘n’ roll swagger firmly intact. 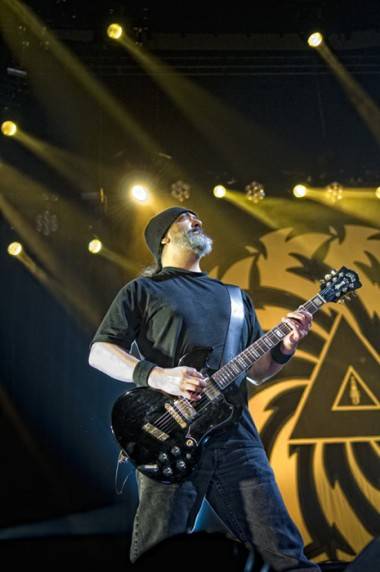 The songs were delivered in fine fashion, but the images projected on the screen behind the band left something to be desired. The bulldozer-destroying-a-house or whatever it was that accompanied set closer “4th Of July” was a tad dated-feeling, and so was the dark and ominous road that paired with second encore tune “Mailman”.

Of course, none of that mattered to the blissed-out fans. Right before guitarist Kim Thayil and bassist Shepherd launched into a night-ending cacophony of squelchy feedback, a still-energized Cornell faced the audience and exclaimed “Thank you so much. We’ll be back very soon, you guys are amazing.” It’s a safe bet thatÂ  by “very soon” he didn’t mean “in another 15 years.” 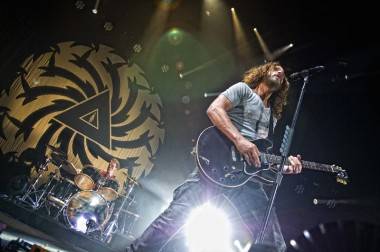 Queens of the Stone Age photos:

9 responses to “Soundgarden, still grunge-y after all these years”