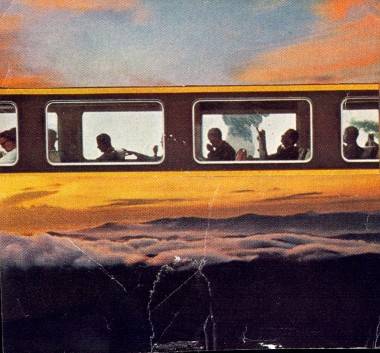 Guided by Voices’ The Power of Suck sessions

Way back in ’95, or thereabouts, Guided by Voices were riding high on the strength of Bee Thousand and Alien Lanes, back-to-back albums that would help define the era and which established the Dayton, Ohio band of drinking/recording buddies as one of the most creative and resourceful indie-rock bands of the decade (a reputation that stands to this day).

For the follow-up to Alien Lanes, the band recorded some songs with Steve Albini, a producer who preferred the term “engineer” and who was/is famous for the raw sound and energy he coaxed out of musicians in the sterile studio environment. Though some ended up as B-sides or on obscurity collections, for the most part the songs were dumped and never made it onto the record that would become Under the Bushes Under the Stars.

Recently, however, James Greer – a former Spin writer who played bass with the band for a number of years and wrote the so-far definitive Guided by Voices book, 2005’s Guided by Voices: A Brief History, has been posting some of the “Power of Suck” (as they’re known) sessions on Soundcloud. For at least part of today, Friday July 15, you can hear the unholy Albini-GBV alliance on three songs, including “The Color of My Blade” (another version of which is on the B-side of the “Motor Away” single.)

A reformed Guided by Voices (not including Greer) plays the Pitchfork Festival in Chicago this weekend.

Listen – Guided by Voices, “The Color of My Blade”

For the links to all three songs, visit Greer’s website North of Onhava.