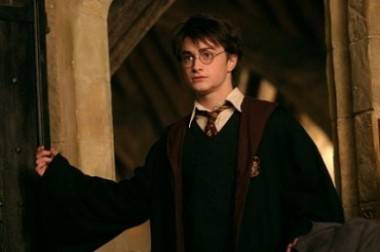 Will Deathly Hallows star Daniel Radcliffe transcend the role of a lifetime? Probably not…

In April 2001, Vanity Fair released the first publicity photo of the soon-to-be world famous Hogwarts pupil, Harry Potter, in advance of that November’s release of Harry Potter and the Philosopher’s Stone. Young Brit, Daniel Radcliffe, blushed for the camera, his cherub like face and rimmed spectacles bringing a rush of exhilaration to legions of fantasy starved moviegoers the world over. The caption above the photo of Mr. Radcliffe read: “The lottery winner.”

In a certain sense, “the lottery winner” was a perfectly apt label. Radcliffe had been selected from legions to bring life to a quickly beloved literary figure. The thing about labels is that they tend to stick.

For the rest of his professional career, if not his life, Radcliffe will be Harry Potter. For his part, outside of the Potter franchise, Radcliffe has made his biggest splashes as a thespian on the stage.

In 2007 Radcliffe appeared inÂ Peter Shaffer’s Equus as a stable boy who develops an unhealthy fascination with horses. While the revival received mainly positive reviews, it made its brightest headlines due to a nude scene involving then 17- year-old Harry Potter. Earlier this spring, Radcliffe made his Broadway debut in a revival of the Frank Loesser musicalÂ How to Succeed in Business Without Really Trying, resulting in the majority of headlines to read some variation of: Harry Potter sings and dances!

As Harry Potter and the Deathly Hallows Part 2, the last installment of the massive Potter franchise, opens this week, we take a look back at other Â film-world “lottery winners”.

Jackie Coogan, The Kid (1921) -Â Charlie Chaplin was Hollywood’s first icon, and for his seminal film, The Kid, he selected Coogan to play an orphan. A huge success, Coogan continued to work in TV and films until his death in 1984, though after WWII his career was relegated mainly to B-movies – and talking about working with Charlie Chaplin.

Judy Garland, The Wizard of Oz (1939) -Â Shirley Temple was all but cast in this classic due to the kind of studio swap that was common in those days. Temple would go to MGM for Oz, while Clark Gable and Jean Harlow would step across town to 20th Century Fox for one film. Harlow’s death nixed the deal, and Garland was eventually cast. Though it was the role of her life, Garland managed to appear in numerous other critical hits as well as maintaining a successful singing career, among other pastimes (as Ani DiFranco once sang, “Give me my Judy Garland drugs…”).

Julie Andrews, Mary Poppins (1964 ) andÂ The Sound of Music (1965) -Â Andrews beat out Bette Davis and Mary Martin for the role of a lifetime, and wary of being questioned about the velocity of her umbrella the rest of her career, took another role that would equally define her career a mere one year later:Â The Sound of Music.

Christopher Reeve, Superman (1978) -Â Richard Donner’s take on the man of steel saw Christopher Reeve don the red-and-blue tights. Reeve continued on for two sequels and while he appeared in numerous other films, he is forever linked to the role.

Mark Hamill, Star Wars (1980) – Â Speaking of Â being forever linked to a role; Mark Hamill did the only thing someone in his shoes could do – turn to a voiceover career. Hamill has been active in voiceover and animation for decades since his career-definer.