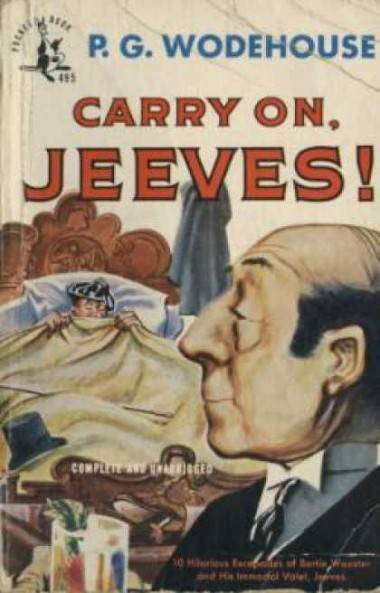 The Daily Bracer, July 4 2011 – Wodehouse’s words on getting wozzled

We here at The Snipe, aka Guttersnipe, were recently casting about for a new name. One idea we had was The Daily Bracer, which reminded us of something that Jeeves the Butler would serve Bertie Wooster in PG Wodehouse’s great comic Wooster/Jeeves novels and short stories.

Anyway, we decided against it as a website name but that it was right for a daily feature. The question: What to put in it?

We’re still trying to figure that out. In the meantime, here’s something we think is perfect for the inaugural Daily Bracer: a list of Wodehouse terms for, as he might put it, “lapping the stuff up by the bucket”. Thanks to Ian Michaud of The Wodehouse Society for contributing this list. It makes us want to get right wozzled.

(And if you’re a Wodehouse fan – or are thinking of becoming one – it couldn’t hurt to visit The Wodehouse Society website.)

Wodehouse by the snifter, by Ian Michaud (TWS):

Here is a list of various words and terms for people who have had much too much
to drink:

—-
Then, of course, there are the six official types or classifications of
hangover: The Broken Compass, The Sewing Machine, The Comet, The Atomic, The
Gremlin Boogie, and The Cement Mixer.

—-
And the final verse of the Wodehouse lyric to the song “Saturday Night”
from the Broadway musical Miss Springtime may be of interest:

But she wouldn’t drink anything on Sunday,
She’d take a sip on Monday,
On Tuesday she’d indulge in beer,
On Wednesday and Thursday –
Whoops, my dear!
She seemed to lose by Friday
All sense of what was right.
She started out to hit the trail
But her efforts seemed of no avail,
So they brought her cocktails in a pail
To save time Saturday night.