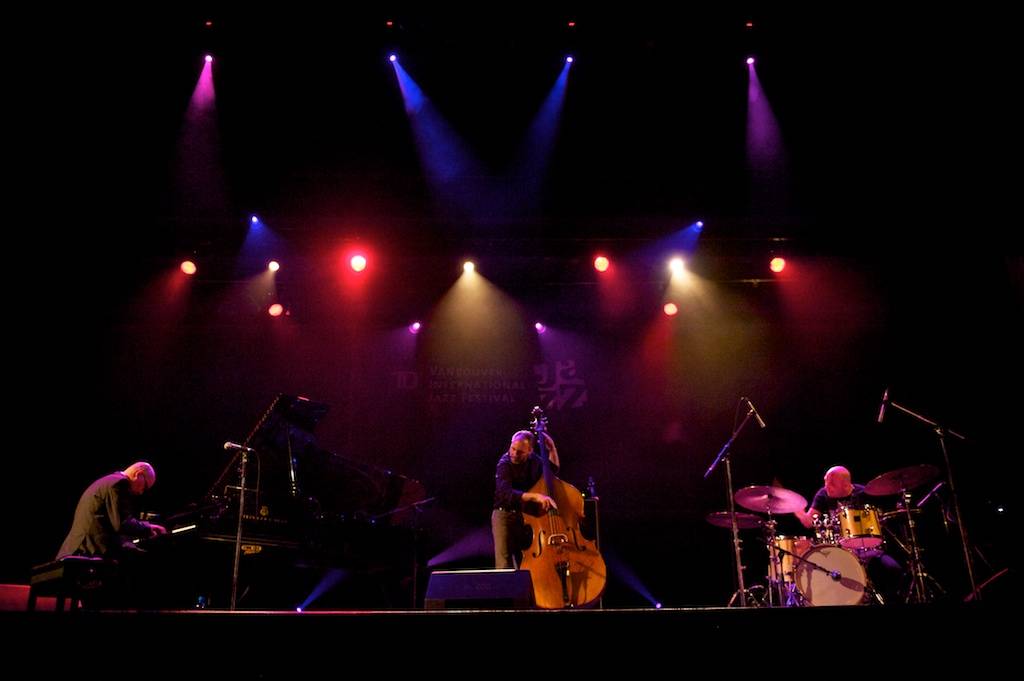 Hi Canadians, you have a new national anthem, and three jazz musicians from Minnesota have declared it so (find out what it is at the end of this review!)

The Bad Plus have been of the favourites of the Vancouver International Jazz Festival for years, but last night’s Vogue show was a first time I got to catch this intense trio. I had heard that they’ve done deconstructed jazz interpretations of unlikely songs, ranging from Nirvana‘s “Smells like Teen Spirit” to Aphex Twin‘s “Flim“ (apparently nailing it – no small feat for any drummer). I was curious enough, but also had a small worry that it might come across as shtick. My worries were put to rest soon enough: their Vogue set-list was mostly all originals, and incredible songs at that. 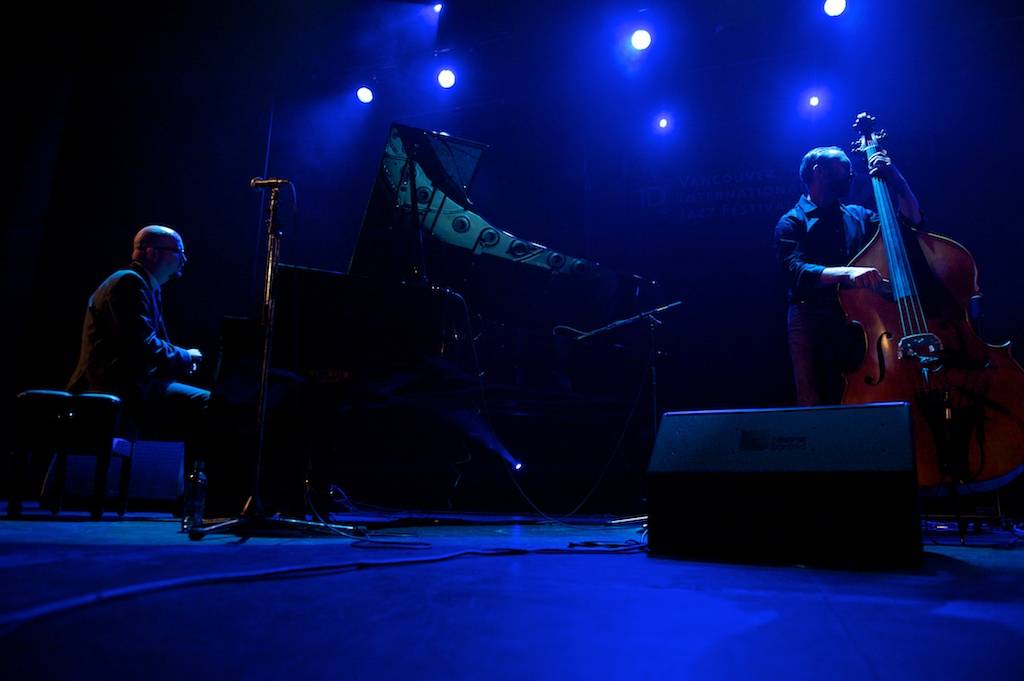 The members formed the band in their teens, and the 10 years together as a band have served them well. They often seem to function with one mind, making quick swerves and leaps in their intricate and playful compositions. This illusion is crucial to a lot of jazz music, especially the more time-warping kind; The Bad Plus have it mastered. Often slower drawn-out melodies are contrasted by percussion that seemed to be four times the speed, but it all comes together in air-tight unison.

Much of the Bad Plus’ signature sound comes from drummer Dave King. Watching him is spellbinding; a muscular and lightning-fast player who may easily be as inspired by Minnesotan hailstorms as by the band Rush (as his T-shirt suggested). King appeared thrilled by his own superpowers, often leaping up from his stool to attack the cymbals and always keeping a wide-eyed and gleeful smile on his face. 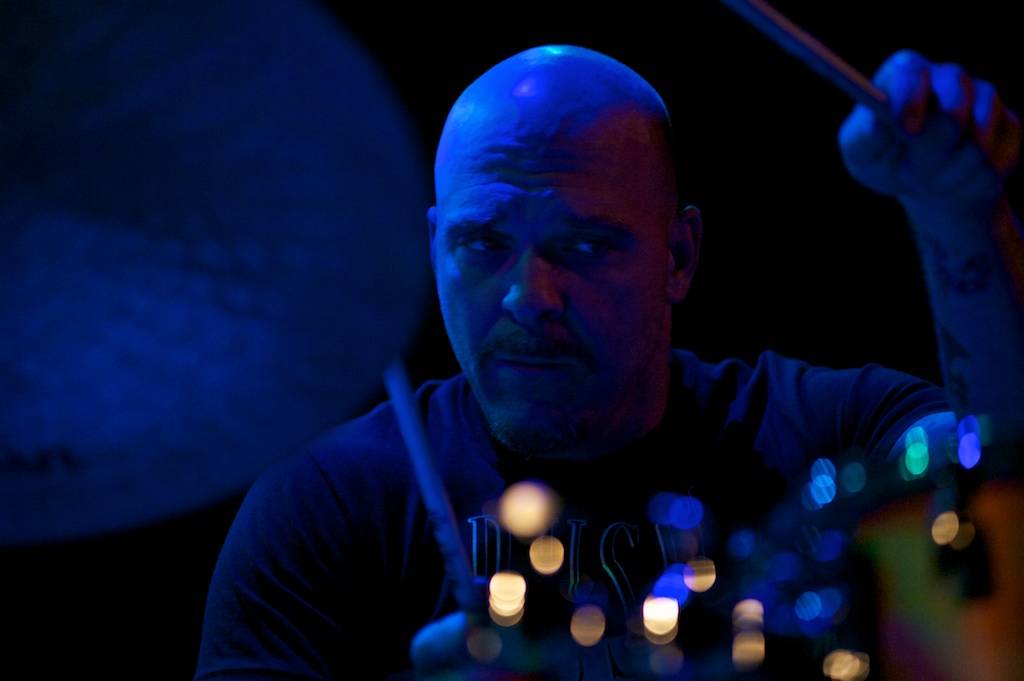 On stand-up bass, Reid Anderson had enough speed and suppleness of playing to keep up with the drummer (I wrote “the music seems be chasing itself” in my notebook) and often, suddenly lock into addictive funky rhythms during a swirling cacophony. He was also author of many of the songs performed. Pianist Evan Iverson knew to give them the room to do their thing, never competing yet remaining a guiding force, easily moving from spacious dissonant chords to punctuating rhythmic melodies.

Dynamics are really what this band is about. Just when things were getting almost too sonically stormy, they’d bring it down to a mood unbearable in its quiet restraint. An as-yet-unreleased song starting with a muted percussion (quiet enough that King was able to incorporate the creaking of the stool he was sitting on) and minimal bass and piano, built up to a earthshaking Godspeed You Black Emperor-like sustained climax. 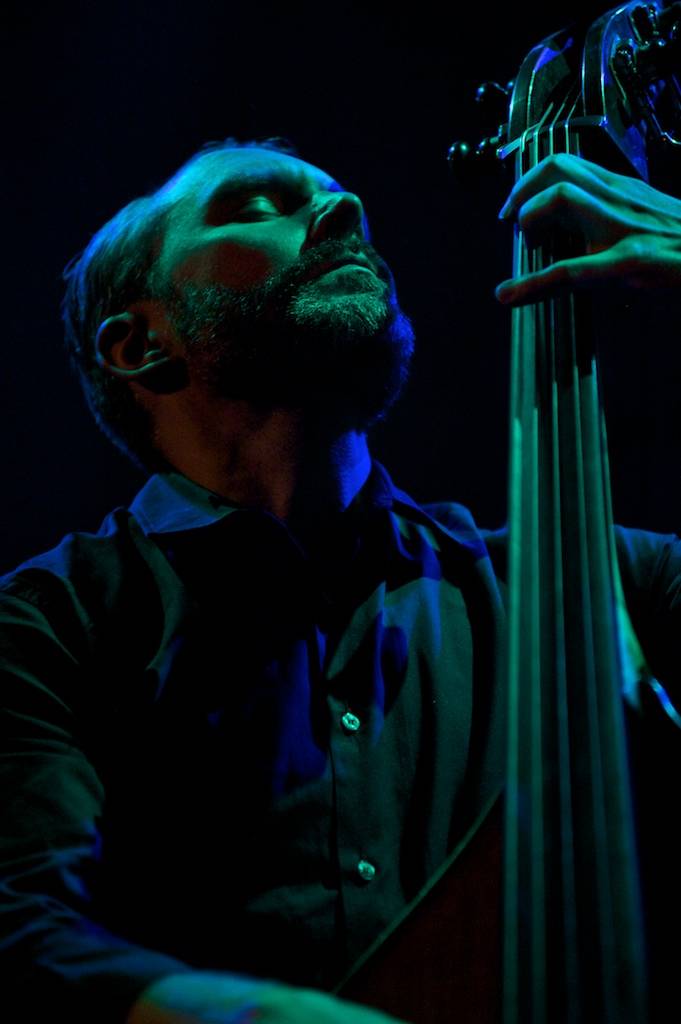 Cheney Pinata, and other hits

Which brings up the question: how do most jazz audiences keep so statue-still during these kinds of performances? At some of the more intense moments I found myself identifying with the urge to flip cars and set them on fire (what?… Too soon?). But I made do with just nodding my head and occasionally punching myself in the leg.

The little stage banter that there was was charming; they introduced a couple of songs as “political cartoons.” A funny story about getting a pinata-themed Christmas e-card from The Cheney family accompanied the derisively-titled song “Cheney Pinata”.

And yes, after a well-deserved standing ovation, they came back to treat us with a cover of what they see as our national anthem: Rush‘s “Tom Sawyer”. I’m not a big Rush fan to say the least, but it was a stunning cover. It emphasized the epic-ness of the song’s hook: Duh-Dun DuhDUHN. And I definitely noticed more heads rocking for that one.

Happy Canada Day everyone (and please, please, don’t break stuff no matter how compelling the urge).