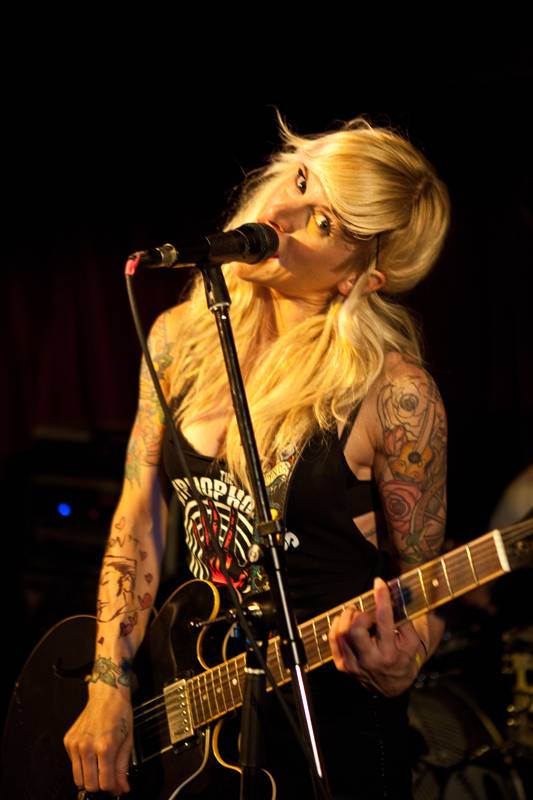 Vancouver photographer Graeme Foote took some psycho photos of Toronto psychobilly band The CreepshowÂ featuring Sarah “Sin” Blackwood, on tour for their 2010 album They All Fall Down. The Hypnophonics and Rude City Riot open (see galleries below).

The Creepshow formed in Toronto in 2005. Members includeÂ Sean “Sick Boy” McNab (stand-up bass/vox), The Reverend McGinty (sermons/organ/vox) and Matt “Pomade” Gee (drums).Â Their lyrics, at least superficially, draw inspiration from b-movies and early horror films. Their live show has been called “eye-scorching”, at least on the band’s own website.