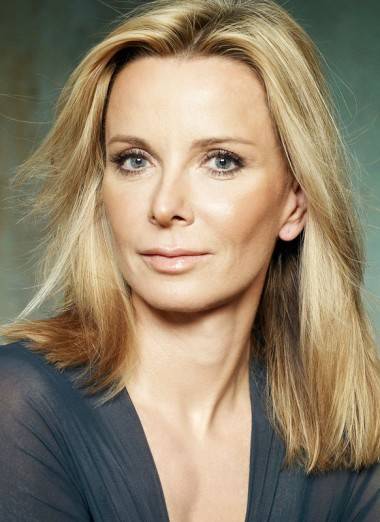 Susan Casey, author of The Wave.

I arrive at Vancouver’s Metropolitan Hotel to find a petite blond, almost swallowed up by a dark corner booth in the lounge. What strikes me first about Susan Casey is not her gorgeous looks, but her stature. As the author of The Wave: In Pursuit of the Rogues, Freaks and Giants of the Ocean, a book about the largest and most powerful ocean swells imaginable, it is hard to imagine this diminutive figure chasing giant waves.

For five years, Casey followed, obsessed over and became addicted to the rush of the mighty ocean, helping bring attention to giant 50, 60, 80 and even 100-foot waves once brushed off as mariners’ tall-tales. The main characters of her real-life adventure story – the buff, bronzed, crazy extreme surfers who chase these colossal waves – welcomed her into their circle of trust, so that she could live, breathe and sleep in their world in order to get a better understanding of the gnarly ocean, their sport, their ambitions and their addictions to the surf.

While loaded with relevant facts and mathematical equations about our planet and ocean, the formation of giant waves, weather patterns and historic accounts of mass destruction that has affected shipping routes and shorelines, The Wave is not just a book about science; it is also a story of passion, obsession and thrill-seeking addiction. Casey intertwines the worlds of science and adventure so well you quickly become obsessed reading about a subject rarely covered to such an extent by mainstream media.

Casey sets up her book with an account of the RRS Discovery, which on Feb. 8, 2000, was hit with a 100-foot wave in the North Atlantic. The 47 scientists and crew on the research vessel were of the lucky few who have survived such a blow and made it back to land to tell about their experience.

In between tales of less fortunate mariners, tsunamis like the one that wiped out 250,000 people following the 9.1 earthquake off of Sumatra, the giant 1,740 foot wave that levelled parts of the Alaskan coast in 1958 and the impending Cook Island splash that will wipe out the eastern coastline of the United States, Casey hops from Oahu to Tahiti to San Francisco studying the world’s tow surfers; a group of fifty or so riders who actively seek out these giant waves. Her mission – to discover “what kind of person drops in on Mother Nature’s biggest tantrums”, “what drives him” and “what does he know about this place that the rest of us don’t?”

I caught up with Susan on land during her North American book tour to chat about her aquatic obsession and her time spent following some of the world’s most renowned surfers, including the legendary Laird Hamilton. [Ed.’s note: This interview was first published in October of 2010.]

Jennifer Laidlaw: You spent five years chasing waves for this book, and before that five years sharks for your previous book The Devil’s Teeth: A True Story of Obsession and Survival Among America’s Great White Sharks, what is your draw to the ocean?

Susan Casey: I think it is our planet. It is so vastly aquatic. I love the idea that there is this parallel universe in our backyard. We have this other world within this one and we don’t know much about it. It is such a great place to look for stories.

JL: Despite your obvious love of the ocean, did you have “oh shit” moments when you were out in the waves while working on this book?

SC: Oh yeah! [laughs] But, there is a certain amount of awe and awe is an interesting emotion because it is fear and wonder at the same time. I love the notion of being awed by things more powerful than we are and I love the idea of seeing something that seems like it belongs only to myth – like a giant wave or a great white shark.Â  To me, that is what it is all about; seeing those extremes. They are extremely powerful, extremely beautiful and extremely dangerous.

JL: You spent much of your time following a bunch of guys utterly obsessed with their passion for the ocean. Can you relate to this level of obsession?

SC: Totally! The reason I write about obsession is because I can relate to it and I have been obsessed with both of my books. Both times, I’ve immersed myself really deeply into these worlds because I was so obsessed. I was never a detached observer. 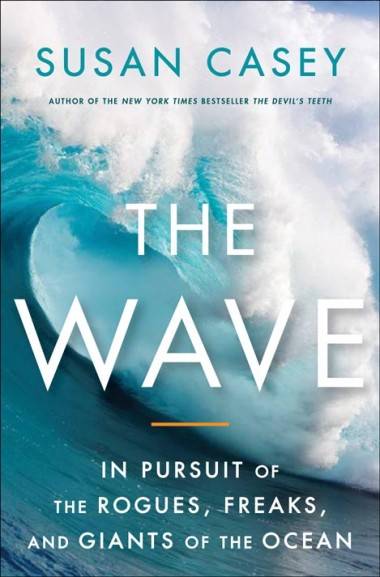 JL: You manage to jam a whole lot of fun into a non-fiction book that could have been overwhelmed with research, but it wasn’t…

SC: The best comparison for my book that I can think of is like the test pilots for The Right Stuff. They are going into this merger of exploration, science, adventure and danger. Too me, any story worth telling, I want to find the colourful characters. They are going to make a fun story, as opposed to a treatise about climate change. I want to tell a story through these colourful characters, and lord knows that surfers are colourful… and so are scientists for that matter. I think anytime you are obsessed with what you are doing, is a good thing.

JL: These colourful, obsessed characters – what makes them tick? Where does this drive come from to push the limit?

SC: I think in any kind of vocation there is always going to be a subset that sees how high they can raise the bar. Here is a group of guys that really wanted to ride waves a lot bigger than they technically could, so they created the means to do so. I don’t think it’s necessarily in every surfer’s mind – can I surf a 100-foot wave?

I feel that they are that unique group of individuals who always wanted to push the limits no matter what we’re talking about. It was always a very calculated process to try to surf these waves and it is not as nuts as it looks because there is a lot of skill and safety procedures in place. They stack the deck in their favour. All of these guys have families and kids. They don’t want to die. They are actually the most alive people I’ve met.

JL: Is there a limit then for these guys?

SC: On any given day the limit is different. It has to do with the equipment, the conditions, the day… everything. There is always a limit, I just don’t think they know exactly what it is, so they will always be pushing up against it.

JL: So what do they get out of successfully riding these waves… personal satisfaction?

SC: They get a tremendous amount of deep satisfaction and their bodies generate some of the most potent chemicals that you can possibly have. You can have a really seriously good time with the drugs that the human body pumps out when there is a 100-foot wave around. I think there is a certain addictive quality to that; that rush.

JL: It also seems like this connection to living and to nature has a spiritual aspect for some of these surfers…

SC: If you are around that kind of energy and feel it under your feet, you really are in touch with the power of nature; something so much greater than we are and I think that is a spiritual deal. These waves are very primal. They are one of nature’s big guns. The Hawaiian mindset also plays a role in this; this “Mauna” – the idea that everything in nature is alive.

JL: What was it like being welcomed into this world, entering the inner circle of a very tight-knit group of thrill-seekers?

SC: There’s no way I could ever imagine having more fun, but it was different being a guest. When you are writing about these guys and they want to show you something, take you over “there” and “there” is four miles that I have to swim, I don’t want to say no, I can’t go, as a journalist I want to be able to go everywhere they go. I was fortunate to have a background in swimming to handle the water conditions. I couldn’t have written this book otherwise I don’t think.

JL: How were you able to keep up the energy to chase these guys from one sea to another for the perfect wave, at the drop of hat?

SC: I think you can really run a long way on adrenalin. I was never really tired or anything except for the time we stayed up for 72 hours and not only was I feeling sick to my stomach, but these guys are out riding waves. They were so peppy after being up for three days, launching themselves into 50 foot waves. It was like do not operate heavy machinery right now, and here they are putting themselves on the line.

Susan Casey is also the best-selling author of The Devil’s Teeth: A True Story of Obsession and Survival Among America’s Great White Sharks, the editor in chief of O, The Oprah Magazine, and has appeared in Esquire, Sports Illustrated, Outside and National Geographic. Born in Toronto, she now splits her time between New York and Hawaii.

One response to “Susan Casey”