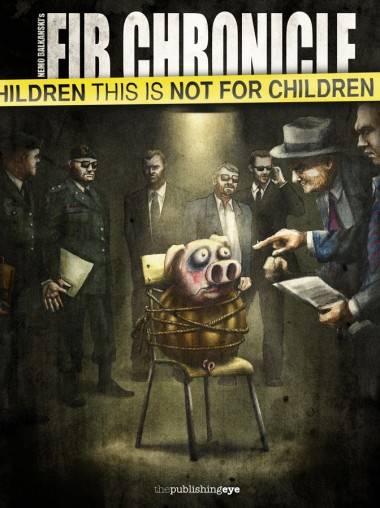 The faux-police tape across the cover of comic book FIB Chronicle saying “THIS IS NOT FOR CHILDREN” is kind of an understatement. No matter how old you are, there are plenty of sick and twisted comics in between the covers of Vancouver-based Publishing Eye’s latest release.

Not only is Belgrade-born/Vancouver-based artist NeMo Balkanski’s ass-crack dark satire not for children, but if you’re sickened by the idea of a nippled-ballsack wearing an army helmet, then this book probably isn’t for you either. 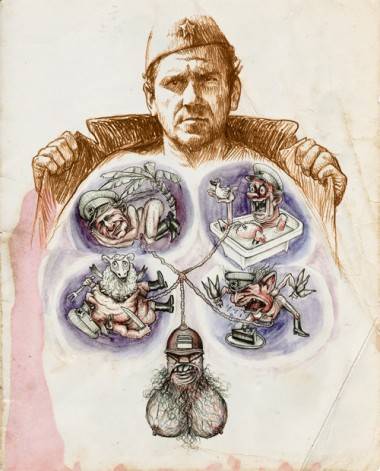 FIB Chronicle is a slick hardcover book with 17 filthy comic strips, assembled almost schizophrenically. Holding everything together is the premise that each strip acts as a “case file” used by a clandestine organization – the titular Fabulous Investigation Bureau – that control society’s perception of reality. Or something.

Did I already mention the part about the nippled-ballsack wearing an army helmet? Because there’s also a story about a corrupt, deadbeat cop that pees himself and looks like Nick Nolte’s character from 48 Hours. There’s a homicidal cult that answers to Mel Gibson, and a tale about a talking pig with a pumpkin for a body and a heavy political message. 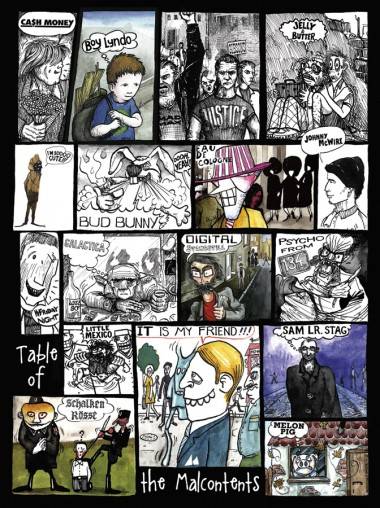 The book is a perfect showcase for Balkanski’s schizophrenic, ultra messed-up imagery and allows him to show his range and many influences – from Ralph Steadman to surrealist painters to filthy underground comix.

The Publishing Eye is holding a launch party for the release of the book at Score on Davie this Sunday from 2pm – 6pm, and tons of NeMo’s deranged art will also be on display. Enter the world of the FIB Chronicle, if you dare. Here’s a taste of what to expect – just remember, no children. 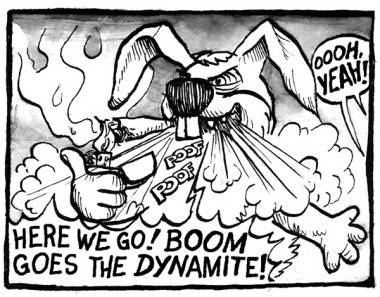 FIB Chronicle, the trailer from the publishing eye on Vimeo.